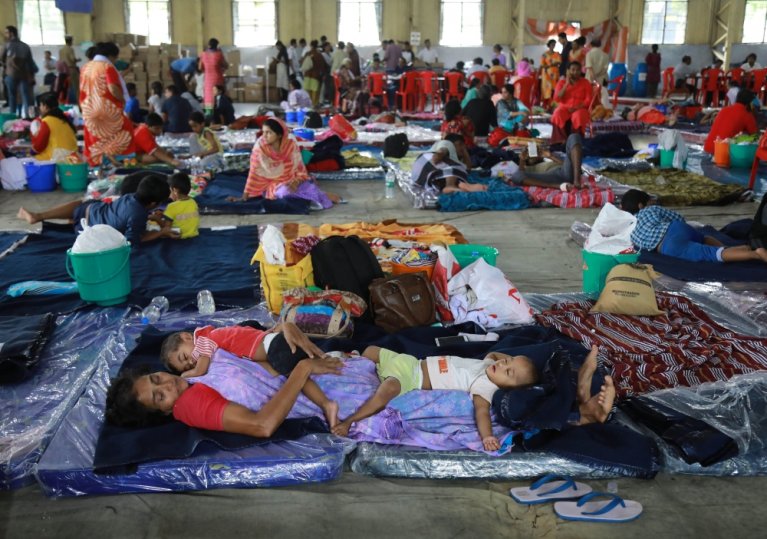 THIRUVANANTHAPURAM Sept 19: Even a month after Kerala witnessed an unprecedented deluge, said to be the worst in the last 100 years, at least 2,500 persons are still in relief camps in the state.

Presently, there are 80 relief camps in the state, in which 787 families, comprising 2,457 people, have taken shelter.

Thrissur district has the maximum camps at 45 with 1,348 people, followed by Idukki with 332 in nine camps.

The repair and maintenance work of houses, schools, hospitals and other public properties are going on, a government press release said.

The landslides and floods had claimed 493 lives in the state since the onset of South West Monsoon on May 29.

Many lost their homes and crops as the rains and floods battered the state, which saw all 40 rivers in spate and shutters of 80 odd dams being opened to release excess water.

Over 14 lakh people were displaced from their homes and forced to take shelter in relief camps as their homes were waterlogged or damaged in the rain fury.

The state government has so far distributed Rs. 10,000 as immediate financial relief to about 5.50 lakh people affected by the floods in the state.

The distribution of Rs. 10,000 as initial financial assistance to the affected families is almost complete, a government press release said Tuesday.

About 300 families, who had lost their kin in the floods, have been given relief.

The assistance is yet to be disbursed to those who had not produced necessary documents like relationship certificates.

Steps have been taken to disburse Rs. one lakh interest free loans to about 80,461 home makers for maintenance and repair of their houses damaged in the floods, it said.

The amount would be made available through Kudumbashree, (all women Self Help groups), the release said.