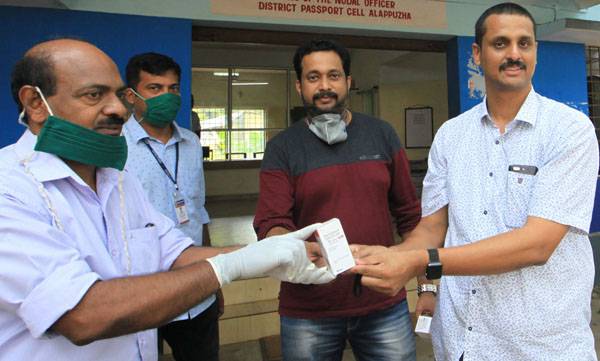 ALAPPUZHA April 6: Chief Minister’s timely intervention, with the help of local administration, both from Bengaluru and Kerala, has helped two Malayali volunteers to bring in life-saving medicines within hours.
Those looking after a seriously ill patient from Alappuzha approached the Chief Minister seeking help and assistance to obtain two lifesaving medicines which were not available in Kerala and not able to obtain it from
neighbouring Bengaluru due to the nationwide lockdown.

The patient was in need to two medicines which were not available in Alappuzha. One was available in Kozhikode and this was arranged to be delivered with the help of Kerala Police’s Flying Squad.

The second medicine, which was very expensive, was only available in Bengaluru. However, due to the travel restrictions and stringent checking measures put in place due to the Corona virus pandemic, it would have been obviously a difficult path to tread for the lifesaving medicines to reach on time.

Following instructions from the Chief Minister’s Office the patient’s family members obtained the prescription of the medication, receipt of the bill paid online at the Bengaluru pharmacy for the medicine, police request
form and all were submitted to the Special Branch DYSP G Lalji and District Medical Officer (DMO) who in turn made contacts with the Bengaluru Malayali Association.

Two Malayalis volunteered to take up the task to obtain the medicine from the pharmacy in Bengaluru and bring it to Kerala.

The two who volunteered were Rajan P Varghese, a native of Mavelikkara and Pathanamthitta native Shine Danielboth of whom are based in Benguluru.

With all the documentsthe duo approached various offices in Karnataka and finally they obtained official documents to begin their journey.

Both Rajan and Shine faced several hurdles where they were questioned at several check-posts and places and they got through all of them with the official documents they obtained form the Kerala and Karnataka governments.

However, in spite of the documents they were also at time sent back by the police due to the travel entry restrictions which they overcome through alternative routes.

Finally they entered Kerala through Wayanad and at Muthanga they were stopped and were requested for clearance from the Wayanad Collector and Revenue Department.

Alappuzha district collector and Kerala Police officials came to their rescue at several times and removed the obstacles by supporting Rajan and Shine through their journey.

Finally they reached Alappuzha on Sunday at 8.30am and handed over the life-saving drugs to Kerala Police who safely delivered it to the patient’s family in Alappuzha.

The duo began their journey on the morning of 4th April 2020 and reached Alappuzha with the medicines on 5th April 2020at 8.30am. Within 24 hours the medicine reached Kerala.

This wouldn’t have happened if there wasn’t the timely intervention of the chief minister and his administration.

The government administration thanked Shine and Rajan for their dedication at a time of great distress to help a dying person even without taking break for food.

Due to the Covid pandemic, certain communities which include the migrant labourers are caught up in a situation where they have no one to turn
for food, shelter and for them to meet their other needs.

Now, the Aranmula Janamaithry Police, led by SHO G Santhosh Kumar, visited the labour camp and delivered essential food items to them and provided the labourers with a talk on how to remain safe and healthy during the time of Covid.

Aranmula Janamaithri Police managed to get the service done through
their joint work with the Kozhencherry Rotary Club.