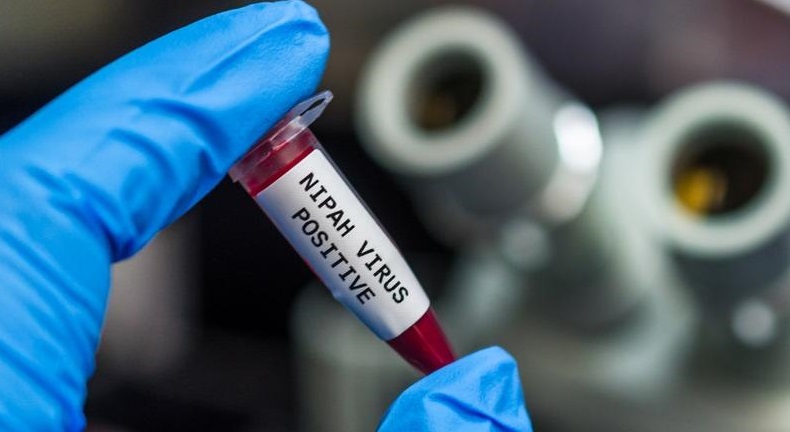 KOCHI: Kerala has been put on high alert after the test results by the National Institute of Virology (NIV), Pune, of the  blood samples of a 23-year-old engineering student from Ernakulam, who is admitted at a private hospital in Kochi with high fever, on Tuesday confirmed the presence of Nipah virus.

Nipah virus outbreak can be deadly since it is highly contagious with no treatment or vaccine available.

Addressing a news conference on Tuesday, Kerala Health Minister KK Shailaja said four others, including two nurses who had come in close contact with the patient, have contracted fever.

While the two nurses and one friend of the patient have been put under observation at the private hospital, another friend, who also reported to have a fever, has been moved into the isolation ward at the Government Medical College, Kalamassery, Ernakulam.

“Two nurses who took care of the patient have also been put under observation,” Minister Shailaja said, adding that there was no need to panic as all precautionary measures have been taken. “A high-level medical team is camping here to assess the situation,” she said.

The Minister said NIV-Pune has a stock of human monoclonal antibody, an antibody to fight Nipah, which if required, will be brought in. It is a non-patented drug, and an antibody, which can neutralize the effects of Nipah virus. However, it’s not a vaccine.