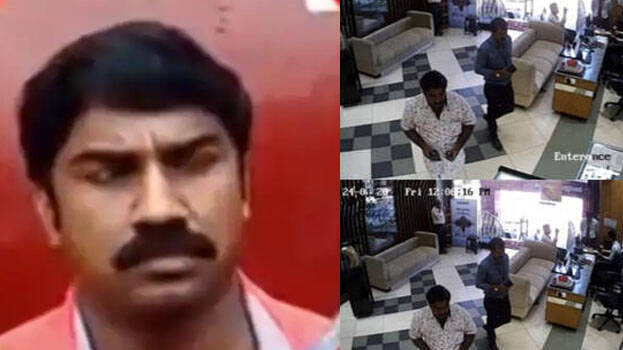 KOLLAM Nov 24: The police on Tuesday arrested the office secretary to MLA KB Ganesh Kumar, for allegedly trying to threaten and influence a witness in the actress sexual assault case, in which popular Malayalam actor Dileep is an accused.

Pradeep Kumar(42), was arrested from his residence at Pathanampuramnear here early this morning based on a complaint from a witness in the case.

The arrest comes days after the Kerala High Court declined to transfer the trial in the case from the present court.

It had rejected petitions filed by the actress, who was allegedly sexually assaulted in Kochi in 2017, and the state government seeking to transfer trial.

The Kerala Congress (B) MLA’s office in a statement to the media that Pradeep has been “removed” from the post of office secretary.

After completing necessary formalities, he was arrested in the morning and they are now on their way to Kasaragod, police said.

The witness has alleged that Pradeep Kumar tried to threaten and influence him and his family to change the statement in favour of the accused.

Meanwhile, another witness on Tuesday alleged that he was offered five cents of land and ₹ 25 lakh to change his statement in favour of the accused.

The second witness has also approached the police alleging his life is in danger.

The actress, who has worked in Tamil and Telugu films, was kidnapped and allegedly molested inside her car for two hours by the accused, who had forced their way into the vehicle on the night of February 17, 2017 and later escaped in a busy area.

The entire act was filmed by the accused to blackmail the actress.

There are 10 accused in the case and initially, police arrested seven people.

Actor Dileep was arrested subsequently and let out on bail later. – PTI