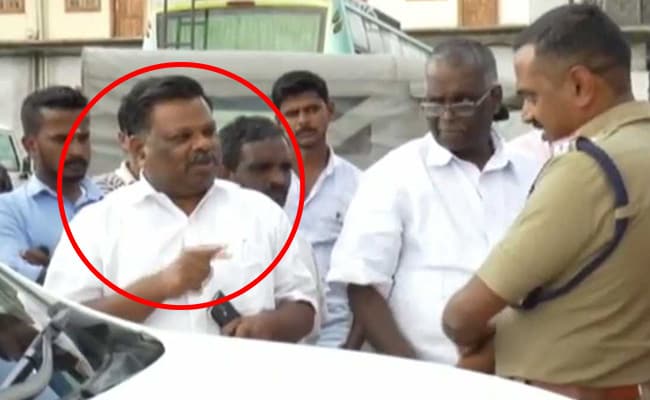 THIRUVANANTHAPURAM Feb 15: The ruling CPI (M) Thursday said it would initiate disciplinary action against party lawmaker S Rajendran for his controversial remarks against the Devikulam sub-collector, after the young woman IAS officer tried to stop the unauthorised construction of a shopping complex in Munnar.

Party state secretary Kodiyeri Balakrishnan said the lawmaker’s action was “immature” and action would be taken against him after examining the issue.

“Rajendran’s action was immature. The party will take disciplinary action against him,” he told reporters when asked his reaction over the issue.

Devikulam legislator Rajendran had made the controversial remarks on February 8 after Renu Raj had attempted to stop the unauthorised construction of a shopping complex in the tourist town of Munnar in Idukki district.

Television channels had aired visuals showing the legislator making the disparaging comments that the sub-collector lacked brains and had no powers to intervene in the construction as building rules comes under the panchayat.

“She doesn’t have brains. She studied only to become a collector. Such people will have only so much brains. Should she not study the sketch, plans. A collector cannot intervene in a panchayat construction,” the lawmaker had reportedly said.

Subsequently, the Kerala Women’s Commission had registered a case against the lawmaker over the remarks.

The Kerala High Court had in a 2010 judgement said for any new construction in Munnar, a no-objection certificate had to be obtained.