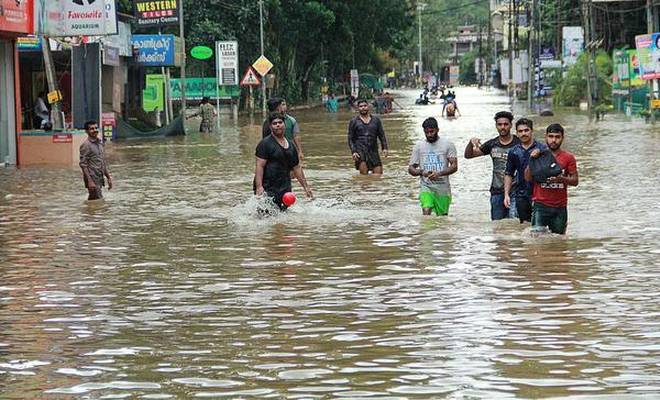 KOTTAYAM July 17:  Low lying areas in Idukki and Kottayam are under water due to continuos heavy rains. Kallarkutty, Lower Periyar, Headworks and Malankara dams in Idukki are opened.

All bus services including KSRTC in Pala-Eerattupetta, Pala-Ramapuram and Pala-Ponkunnam routes have been stopped. Water has reached half level in Kottaramattom bus stand.

High range areas including Munnar were isolated. It has become difficult to reach high range since transportation is interrupted after soil and rocks fell on roads including in Kochi-Dhanushkodi National Highway.

Attendance in offices of civil station is very low. Eight families living on the coasts of Meenachilar river near Pirayaar in Kidangoor have been shifted to Kidangoor LP school.

A house is partially damaged due to soil erosion in Anthyalam kuryath hill. Transportation was interrupted after rocks rolled down on to the roads.

Attempt to remove the rocks from road were stopped by the fire force as rocks started falling again.