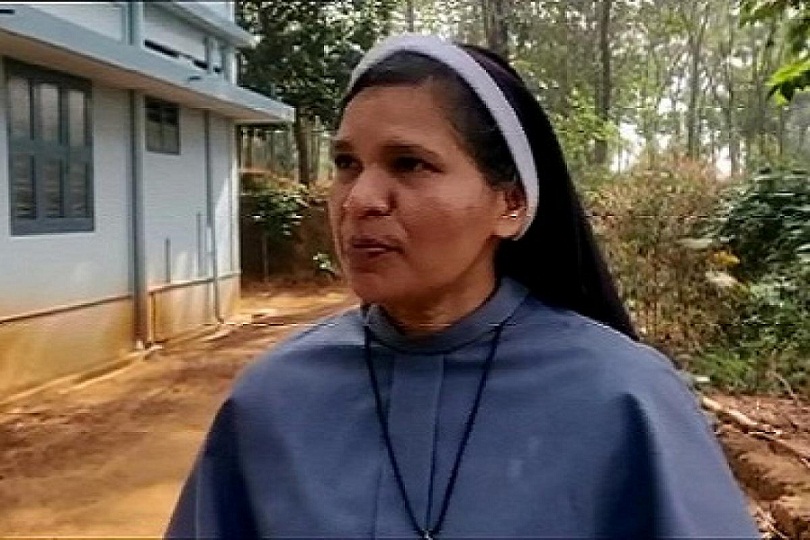 Kochi Aug 21: A Kerala nun, who had joined a protest against rape-accused bishop Franco Mulakkal, on Tuesday, accused a priest of using social media to humiliate her.
Sister Lucy Kalappura alleged that the priest, who is part of the Mananthavady diocese of the Catholic Church, posted the CCTV footage of reporters visiting her on social media. She alleged the CCTV visuals were collected with the help of her fellow nuns in Wayanad.

Sister Lucy was expelled by the Aluva-based Franciscan Clarist Congregation (FCC) early this month over indiscipline. Following her expulsion, the congregation had asked her to leave the nunnery. She had filed an appeal before the Vatican

“In the video, he (the priest) used vulgar language to humiliate and disgrace me,” Sister Lucy told reporters outside her convent. She said she would file a police complaint against the priest.

The Mananthavady diocese has disowned the views expressed by the priest in the video. “Whatever the priest said in the video are his personal views. We were not consulted before he posted any such video on social media,” Diocese spokesperson Fr Jose Kocharackal told news agency PTI.

Sister Lucy had alleged that she was locked up in a convent by the authorities to stop her from attending the mass at a neighbourhood church. The church authorities had rejected her allegation.

In its notice to Sister Lucy in January, the congregation had said her buying a car, publishing a book and spending money without the permission and knowledge of her superiors were “grave violations.”

The congregation had also alleged that Sister Lucy violated the congregation’s dress code and “caused grave external scandal and harm to the Church” by participating in the protest against Franco Mulakkal.