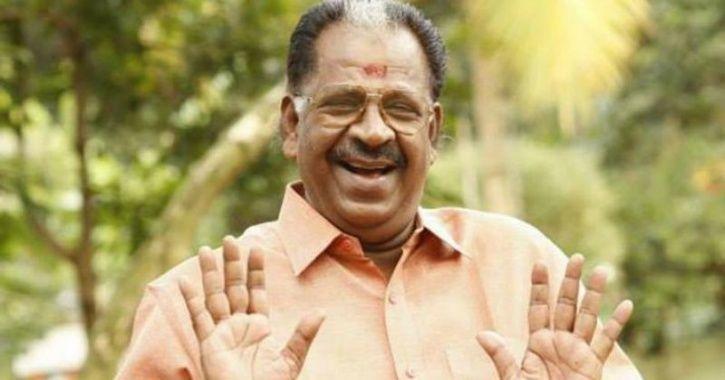 KOLLAM, KERALA: Malayalam actor Kollam Thulashi has been charged by the Kerala Police for his controversial remarks against women during a NDA protest meeting over the Sabarimala Temple issue, the police said.

Addressing the protesters in Kollam on Friday, Thulashi, a BJP supporter, had allegedly said, “women in the restricted age group who visit the Lord Ayappa Temple should be ripped apart.”

An FIR was registered on Saturday against Thulashi under Indian Penal Code sections, including 295 (A) (deliberate and malicious acts, intended to outrage religious feelings), and also under section 119 (A) of Kerala Police Act which deals with acts in public places degrading the dignity of women.

He was charged on a complaint from local DYFI leader Rateesh, the police said.

Facing condemnation over his remark, the actor later had claimed that he made it in an emotional state of mind and expressed regret.

The BJP-led NDA had organised the protest against the LDF government’s decision not to file a review petition against the Supreme Court’s verdict allowing women of all ages to enter the Sabarimala Temple by lifting the ban on those between 10-50 years.

The state has been rocked by protests by Congress, BJP and Hindu outfits against the government’s move to implement the apex court order.