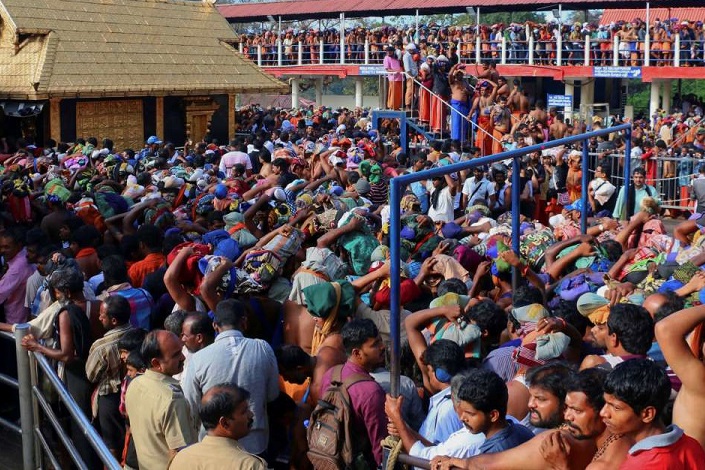 “Safety and security of women visiting Sabarimala temple is extremely important. 600 women police personnel are needed to ensure their safety,” he said.

Last month, the Supreme Court in a landmark judgment allowed entry of women of all ages to the temple.

“They (women) will be posted there (at Sabarimala). We are a law enforcement agency. No gender, no religion… nothing. All will have to perform their duties,” Mr Behera said.

His comments came after Kerala Chief Minister Pinarayi Vijayan said the state government will implement the Supreme Court’s order in the coming season of pilgrimage.

The Travancore Devaswom Board that manages the shrine has also decided to make arrangements for women pilgrims.

Meanwhile, the Congress today threatened to launch a protest against the government, demanding a review petition against the verdict.

The opposition leader in the state assembly, Ramesh Chennithala,  alleged that the RSS-BJP and the state government were cheating the Hindu community.

He said that the LDF government had initiated “hasty” steps to implement the court’s order.

“There are many other court orders which are yet to be implemented,” he said.

Mr Chennithala, who had asked the centre to bring in a law to overturn the Supreme Court verdict, alleged that the BJP and its ideological mentor the Rashtriya Swayamsevak Sangh (RSS) were hand-in-glove with the LDF government on the issue.

While the Kerala Congress demands a review petition, the national leadership had called the Supreme Court verdict progressive.

“There can be no discrimination to worship on the basis of gender or otherwise. A welcome and progressive move towards gender equality by Supreme Court in Sabarimala.

As society evolves, so should our religious beliefs and laws,” Congress leader Randeep Singh Surjewala had tweeted last month when the verdict was announced.