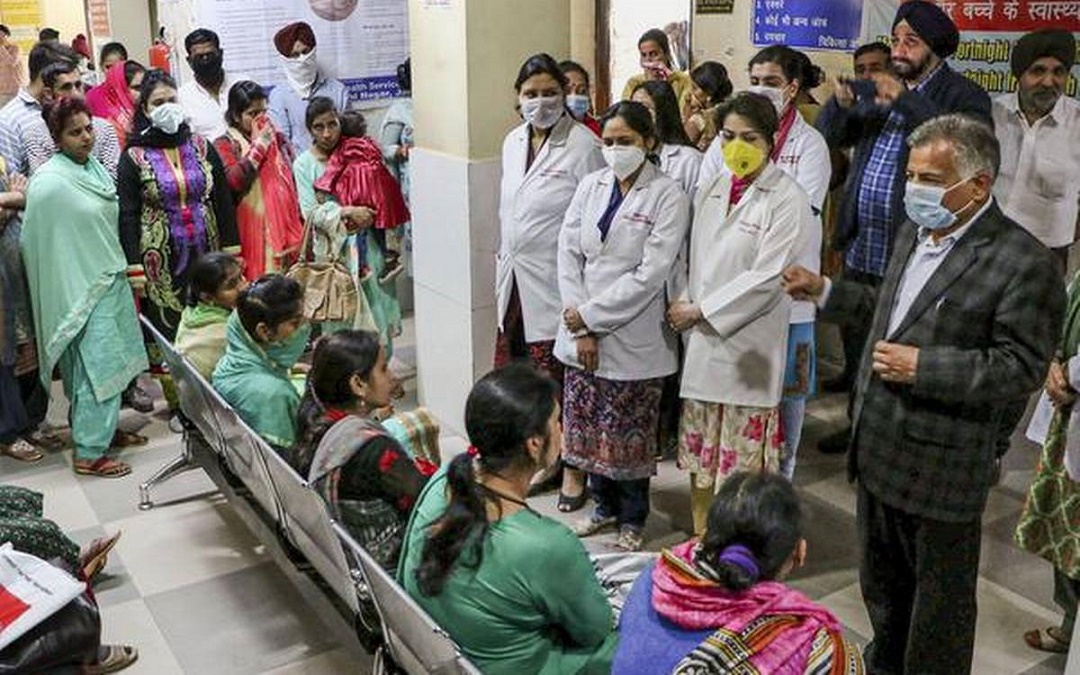 KOCHI April 8: Reeja Vishnu, a Kerala nurse working out of Kalamassery Medical College Hospital in Kerala’s Ernakulam was reportedly given the option to opt-out of serving at high-pressure COVID-19 wards so she could take care of her two-year-old child.

However, the brave hero declined the offer, saying she cannot back out when her services are needed the most.

The 28 year-old-nurse also said that she has stopped breastfeeding her child owing to the conditions she’s working in. “I have stopped breast-feeding my 2-year-old daughter.

Initially, I had some problems but once I wear my PPE, I forget all my worries,” said Vishnu to Hindustan Times.

Lini Puthussery, a 28-year-old nurse who died fighting the Nipah virus outbreak in north Kerala in 2018, is the nurse’s inspiration. A 2019 film based on her life, Virus, was also a big hit.

“After fighting the Nipah virus, which was more dangerous, our health workers are stronger now. It is time to stand with them,” said Lini’s widowed husband, Sajeesh.

Lini had also left behind two children, aged six and two. Sajeesh was later offered a job in the healthcare department in Kerala.

Apart from the emotional turmoil of staying away from families and knowing that one is constantly putting their own life at risk, there are also extreme physical challenges to the job.

For example, being confined in a PPE, or Personal Protective Equipment isn’t an easy task. It is often said that one cannot work in a PPE for more than four hours, which often feel like forty.

The nurses also need another person’s help to put on the PPE. First, they wear shoes and put on the PPE overalls. Then they’re made to cover their heads and wear masks and goggles.

Next, there’s a set of make and gloves they have to put on – all of which could get quite suffocating too.