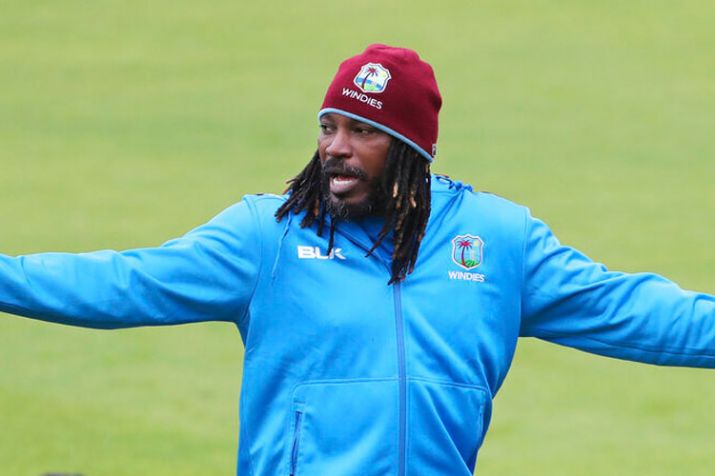 Manchester June 27: Chris Gayle’s swagger is unmatched and the ‘Universe Boss’ shows no modesty or pretension when asked where he sees himself among the pantheons of greats in West Indies cricket.“I’m definitely up there. I’m definitely up there with the greats without a doubt,” Gayle, who came for an interaction after a request from the travelling Indian media contingent, answered it in two straight sentences.

Gayle, who was supposed to retire after the World Cup, has reversed his original decision and will hang his boots after playing a home series against India, a country where he enjoys manic fan following.

“Like I say, I enjoy each and every moment of West Indies, playing for West Indies. Like I said, it’s still not the end. I still have a few games to go. Maybe another series to go who knows we’ll see what happens,” said the soon-to-be 40 Jamaican.

Gayle has had a roller-coaster ride in the last two decades for West Indies cricket when the performance of the assortment of islands reached an all-time nadir.

“But like I say, it’s been a lot of ups and downs. I have got to say I really enjoy each and every moment. But we share some quality moments with some quality players as well,” he said when asked to reflect back on his career in which he has scored more than 18,000 international runs.

He took a trip down the memory lane having started way back in 1999.
“I started my career with the likes of Courtney Walsh, Curtly Ambrose, you watch them on TV and you realize they’re in the dressing room, it’s just a bunch of guys.

And Brian Lara, the first captain as well, Carl Hooper. So it’s some quality moments when you look back on it,” he fondly recollected.

“I’ll have to analyse it and give you full details, a better exclusive interview on that particular moment, and then you can take it further,” he laughed.

“But like I said I could not have had a better career as a player representing the West Indies,” he added.

Call it irony, his limited overs jersey number is 333, which again is his highest Test score. The two triple centurions were absolute highs along with a double hundred in the 2015 ODI World Cup.

“Two triple centuries in Test cricket. Those two will definitely be on top. A double century in the World Cup as well. But there’s a lot more to actually talk about. But if I get into detail it will be a long list, to be honest with you. But I’ll stick with those for now,” Gayle said.

As he prepares to bid adieu in the next couple of months, Gayle finds Nicholas Pooran as a “savage youngster” who could potentially be a ‘mini Universe Boss’.

“Mini-universe boss, that’s a serious name. Nicholas Pooran is going to be a savage youngster, trust me on that one. I must commend Pooran’s work ethic. It’s fantastic for a youngster to actually just come into the team.

And he’s going to be a world record beater,” he didn’t say but declared.
He sees a future leader in Shai Hope.

“And Shai Hope as well. Definitely, he will have a big part to play in West Indies cricket. He’s a guy who actually may be a future captain as well.”

Gayle is confident that with the likes of Pooran, Hope and Shimron Hetmyer in the ranks, the future is bright for West Indies.

“Definitely, the future is bright for West Indies cricket, without a doubt. The likes of Nicholas Pooran and Hetmyer, his name has been calling in all forms of the game so far, for these guys to actually believe and build on start.

Trust me, it will be much, much better for them within their career going forward,” said Gayle.