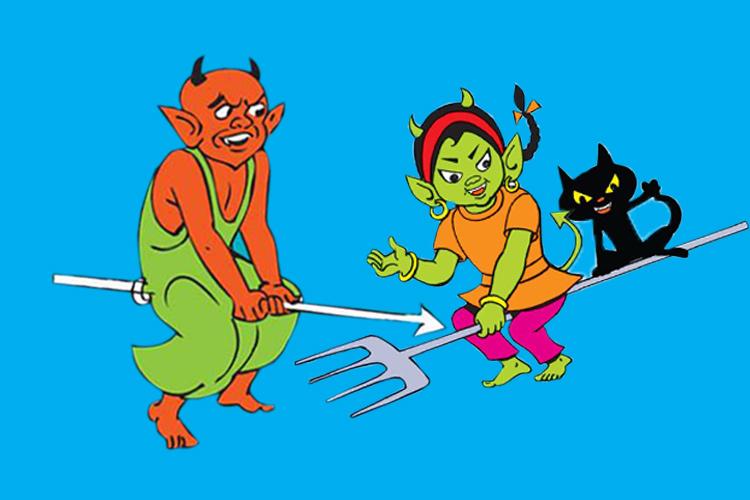 KOTTAYAM Feb 11: Last Friday, kids’s magazine Balarama introduced a new character by the name of Dinkini in their popular Mayavi comics in Kerala. However, the female character Dinkini was resembling Luttapi, another make character in the same comics.

Die-hard fans of the this Mayavi comic were not bothered about the introduction of the female character Dinkini, but the disappearance of their beloved Luttapi. Although Luttapi is a villain by nature he is liked by generation of kids who grew up with Mayavi comics.

The disappearance of Luttapi sent ‘shockwaves’ across social media and fans took to vent their anger with trolls and posts.

Hash tags began as Save_Luttappi and Justice_for_Luttappi. A much circulated meme showed a fan telling the editor (of the magazine), “If anything happens to Luttappi, I would beat your eyes black.”

Thousands of messages came on Balarama’s Facebook page – memes asking where their beloved Luttappi is.

Finally, Balarama has cleared the air. Luttappi is going nowhere. He will be back in the next column and will have a conversation with Dingini too.

“Luttappi will never be removed. He will be back in the next issue. Seeing the power of Luttappi fans a special column Balarama would begin a new column. You can also expect a direct conversation between Luttappi and Dinkini in the next issue,” says a Balarama spokesperson.