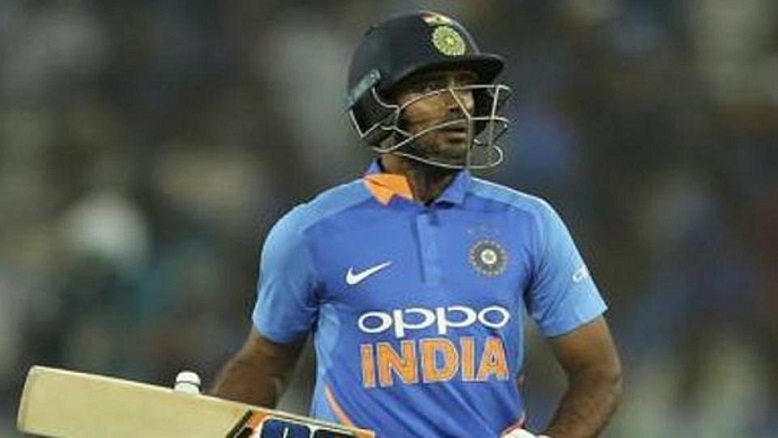 MUMBAI July 4: Ambati Rayudu has decided to retire from all forms of cricket, an official in the Board of Control for Cricket In India (BCCI) told PTI on Wednesday.

The 33-year-old Andhra batsman, who was once seen as best-suited No. 4, was left out of the India’s 15-man World Cup 2019 squad initially and didn’t get a call up despite injuries to two players, Shikhar Dhawan and Vijay Shankar.

According to a BCCI official, Ambati Rayudu has communicated with the board, though a formal announcement is yet to be made. “He has told the board,” the official said as quoted by PTI.

Rayudu was ignored despite injury to all-rounder Vijay Shankar as opener Mayank Agrawal was brought in on the team management’s insistence.

“We received his mail in the morning. He did not specify why he is retiring. It was a pretty straightforward e-mail in which he thanked all the captains he played (under) and also the BCCI,” the official said.

“Respected sir, I would like to bring to your kind notice that I have come to decision to step away from the sport and retire from all forms and levels of the game.

I would like to take this opportunity to thank the BCCI and all the state associations that I have represented which include Hyderabad, Baroda, Andhra and Vidharbha.

I also would like to thank the two IPL franchises MI and CSK for their support,” Rayudu said in an e-mail to the BCCI to board secretary Amitabh Chaudhary, General Manager for cricket operations Saba Karim and CEO Rahul Johri.

“It has been an honour and privilege to have represented our country. I would like to thank the captains I have played under, MS Dhoni, Rohit sharma and especially Virat kohli who always had shown great belief in me throughout my career with the Indian team.

It has been a wonderful journey of playing the sport and learning from every up and down it brought up on for the last 25 years at various different levels.

Finally I would like to thank my family and all the well wishers who have been with me throughout this wonderful journey,” the e-mail read further.

Ambati Rayudu played 55 ODIs for India, scoring 1694 runs at an average of 47.05. The player who could never break into the Test team, was in the spotlight before the World Cup.

Declared the preferred No.4 batsman by captain Virat Kohli not many months ago, Rayudu was ignored for Vijay Shankar in India’s final squad for the big event.

In the Indian Premier League (IPL), Rayudu has scored 3,300 runs in 147 matches at an average of 28.7. He has scored 18 half-centuries and a hundred in his IPL career, with a highest score of 100. Rayudu represented Chennai Super Kings and Mumbai Indian in the IPL.

In T20 International cricket, Rayudu has scored 42 runs in six matches at a dismal average of 10.5.

At the time of announcing India’s 15-member World Cup squad, chairman of selectors MSK Prasad had justified the move by saying that Shankar had “three-dimensional skills”.

Rayudu then took a dig at that statement with a cheeky social media post.”Just Ordered a new set of 3d glasses to watch the world cup,” he had tweeted at the time.

Rayudu earned the reputation of being a temperamental player owing to several confrontations with fellow cricketers and even match officials in the domestic circuit.