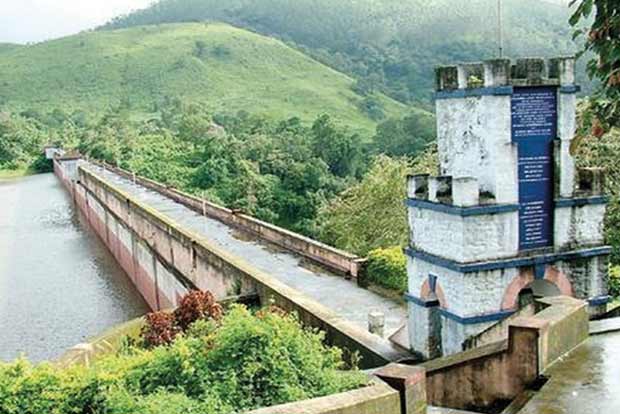 NEW DELHI Sept 7: The Supreme Court on Thursday expressed helplessness in dealing with the aspect of water level in the Mullaperiyar Dam, wondering what can it do if Tamil Nadu, Kerala and the Centre “cannot rise to the occasion”.

A bench comprising Chief Justice Dipak Misra and justices AM Khanwilkar and DY Chandrachud, meanwhile, said it would not deal with the aspect as to what should be water level to be maintained at the Mullaperiyar Dam.

It said the sub-committee constituted under the Disaster Management Act, 2005, the National Crises Management Committee (NCMC) and the panel, set up in pursuance of the apex court’s verdict, would deal with maintenance of water level in the reservoir.

“If states of Kerala, Tamil Nadu and the Centre cannot rise to the occasion then what can we do,” the bench asked.

It was hearing a plea filed by Kerala resident Russel Joy who is seeking a study by international experts to ascertain the age of the 120-year-old dam.

The plea has also sought that water level in the dam be maintained at 139 feet in the reservoir keeping in mind the safety of people living in the down stream.

Senior advocate Shekhar Naphade, appearing for Tamil Nadu, strongly opposed the plea saying that he has been saying from day one that it was ploy to ensure that water level at the dam can be fixed at 139 ft.

Tamil Nadu government, as per the Constitution bench judgement of 2014, was entitled to have the water level of 142 feet in the dam and it can be raised to 152 feet if some measures to strengthen the dam were undertaken.

The bench said that it had asked the panels to consider decreasing the water level to 139 feet keeping in mind the safety of people due to the massive flood.

The court has now fixed the plea for final disposal after eight weeks and asked the panels to take the decisions on the water level and made clear that they would be followed by the two states.

Earlier, the top court had directed the panels on the Mullaperiyar Dam to ensure that the water level at the reservoir is maintained at 139.99 feet till August 31.

The Mullaperiyar Dam, built in 1895 on Periyar River in Idukki District of Kerala, came under the spotlight with the Kerala government accusing Tamil Nadu, which maintains the reservoir, of sudden release of water leading to unprecedented deluge in the state.

Kerala’s claim was rebuffed by Tamil Nadu Chief Minister K Palaniswami, who had said the neighbouring state had suffered the deluge due to the discharge of excess water from 80 reservoirs spurred by heavy rains there.

The bench had said it would not get into the maximum limit as fixed by it in 2014 but rather deal with the aspect of disaster management.

Lawyer G Prakash, the standing counsel for Kerala, had said the Supreme Court in 2014 had fixed at 142 ft the maximum permissible water level in the dam.

However, the Kerala government had then set up the “Dam Safety Authority” and fixed the maximum limit at 136 ft, the apex court had set aside the decision of the state government, the lawyer said.

The 18th century dam’s full reservoir level stands at 152 ft and the limit of 142 ft has been fixed keeping in view its safety.

In 2007, an experts panel had submitted a report to the Kerala government saying there were chances of the dam breaking if the water level was raised beyond 136 feet.

A 2009 report by IIT Roorkee had also stated that the dam “was likely to face damage if an earthquake of the magnitude of 6.5 on the Richter scale struck its vicinity when the water level is at 136 feet”.

In 2012, a 5-member Supreme Court-empowered Committee headed by former Chief Justice of India AS Anand on the Mullaperiyar Dam had submitted its report to the top court, focusing on all aspects of the 123-year-old dam and its safety.

The plea had said that out of a total population of about 3.48 crore, more than 54 lakh or one sixth of the population of Kerala, had been directly affected by the floods.