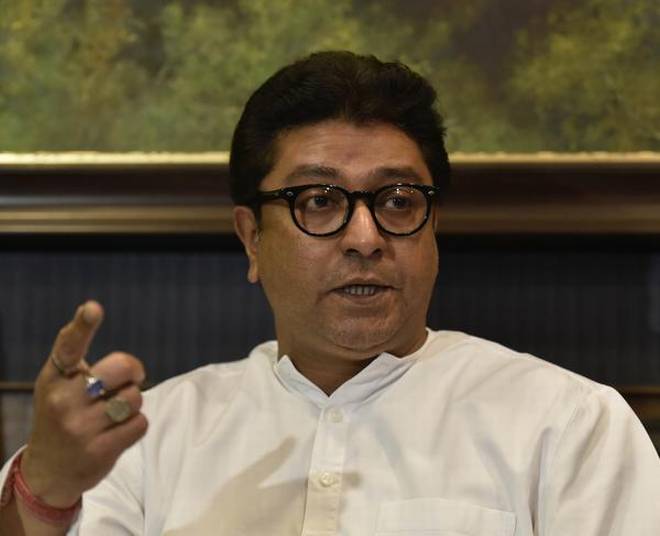 Mumbai Aug 23: MNS chief Raj Thackeray was on Thursday grilled by the Enforcement Directorate (ED) in a money laundering case, after he reached the agency’s office in south Mumbai with his family members in tow.
The MNS leader reached the ED office at 11.25 am and walked out at 8.15 pm.
He did not respond to queries from waiting media personnel, folded his hands in greeting, got in his car and drove to his residence in Dadar area.

There was not much perceptible change in his demeanour while entering and exiting the ED office after spending almost nine hours inside.

There was no word from ED officials on whether he will be called again for questioning.

When he reached the ED office, Raj Thackeray was accompanied by wife Sharmila Thackeray, son Amit Thackeray and daughter in law Mitali Thackeray. After Raj Thackeray entered the office alone, his family members camped at a nearby hotel.

Throughout the day-long developments, Mumbai remained calm and there were no incidents of violence.

Police imposed section 144 of CrPC (banning unlawful assembly) outside the ED office and in some parts of Dadar, where the MNS chief resides and parts of central Mumbai.

The move was taken apprehending law and order problem, a police official said. “Raj has appealed his party workers not to throng outside the ED office but we don’t want to take any chances,” the official said.

MNS leader Sandeep Deshpande, wearing a tee shirt with “EDiot Hitler” emblazoned on it, was taken into custody by police Thursday morning.

The tee shirt also had the Nazis’ principal symbol the hakenkreuz, “hooked-cross” (which resembles the Swastika) printed on it.

“We imposed section 144 of Criminal Procedure Code under the jurisdiction of Mata Ramabai Ambedkar Marg Police Station, where the ED office is located,” the official said.

Section 144 prohibits assembly of more than four persons in an area where there is likelihood of breach of peace and disturbance of public tranquility, he said.

Though Raj Thackeray had appealed party workers not to protest over the issue, there was a possibility of gathering of supporters outside the ED office, the official said.

“The area outside the ED office was covered with barricades from three sides of the building and there is just one way to enter or exit,” the official said.

Police personnel were deployed in Dadar area in central Mumbai and other places where MNS has stronghold, to maintain law and order, the official said.

Mumbai police on Wednesday served notices to MNS functionaries and several party workers under section 149 of CrPC as a precautionary measure, he said. Section 149 pertains to prevention of cognisable offences.

Mr Raut’s statement came a day after Shiv Sena chief and Raj Thackeray’s estranged cousin Uddhav Thackeray said that he believed nothing much would come out of the ED’s probe.

“Uddhav Thackeray already made it clear yesterday that nothing concrete will be found against Raj. As Uddhav has extended support to his brother, his entire family is behind Raj Thackeray,” the Rajya Sabha member said.

“Let the investigation get over. Raj is cooperating with the ED, unlike P Chidambaram,” he said.

The NCP smelt “political vendetta” behind ED’s action against Raj Thackeray. NCP chief spokesperson Nawab Malik alleged it was the Modi government’s “model” of “misusing” probe agencies to harass opposition leaders who speak up against it and added people will see through the developments.

Hitting out at the BJP government over the ED summons to Raj Thackeray, NCP leader Dhananjay Munde said an “undeclared Emergency” has become more apparent in the country now.

The ED summons came days after the MNS chief’s meetings with opposition leaders like Sonia Gandhi and Mamata Banerjee on his demand for replacing EVMs with ballot papers.

The ED is probing alleged irregularities relating to loans and equity investment worth over Rs450 crore by IL&FS in Kohinoor CTNL Infrastructure Company, which is developing Kohinoor Square tower in Mumbai’s Dadar area.