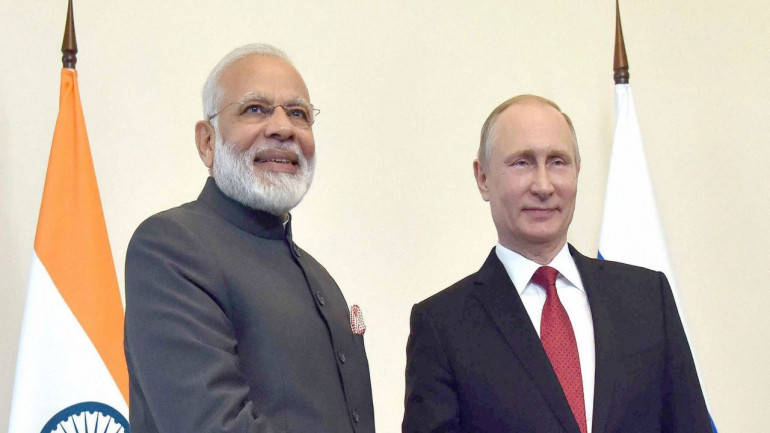 New Delhi Sept 3: Prime Minister Narendra Modi will visit Russia on September 4 and 5 during which he will hold a bilateral summit with Russian President Vladimir Putin and attend the Eastern Economic Forum in Vladivostok, the External Affairs Ministry announced on Monday.
Foreign Secretary Vijay Gokhale, at a media briefing, said the visit will be a short one, lasting about 36 hours.Prime Minister has been invited to attend the Eastern Economic Forum as one of the chief guests and he will also hold the 20th annual bilateral summit with the Russian president.

Soon after arriving in Vladivostok on Wednesday, the Prime Minister will visit a major shipbuilding yard with Mr Putin.

On Thursday, PM Modi will hold bilateral meetings in the morning and subsequently participate in the plenary meeting of the Eastern Economic Forum.

PM Modi and the Russian president will also attend a Judo Championship taking place in Vladivostok.