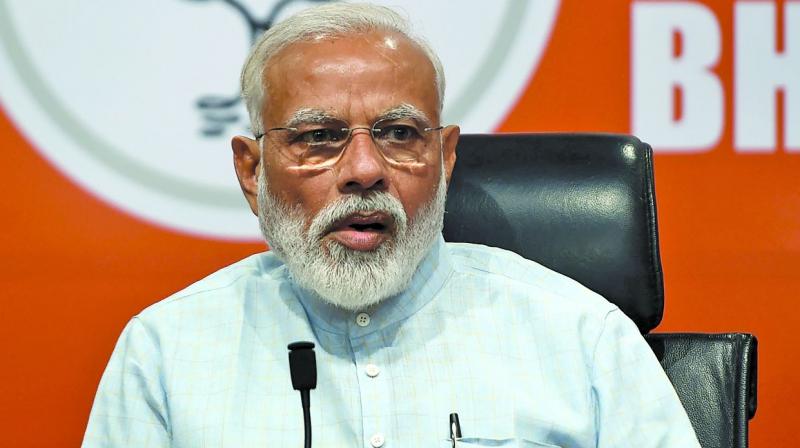 New Delhi Aug 8: Prime Minister Narendra Modi is likely to address the nation on Thursday during which he is expected to explain government’s decisions on abrogating special status to Jammu and Kashmir and splitting the state into two union territories, sources have said.
The last time he addressed the nation was on March 27 during the Lok Sabha elections when he announced that India had demonstrated anti-satellite missile (A-Sat) capability by shooting down a live satellite.

The parliament on Tuesday approved a resolution abrogating special status accorded to Jammu and Kashmir under Article 370 of the Constitution.

It also cleared a bill to split the state into two union territories of Jammu and Kashmir and Ladakh.

The proposed address comes days before the prime minister’s customary address to the nation on Independence Day from the Red Fort.