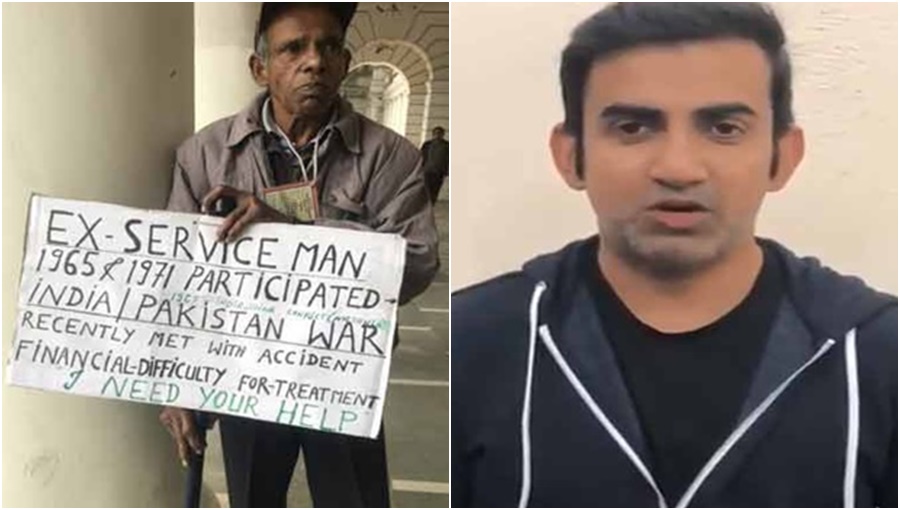 NEW DELHI Feb 4: Cricketer Gautam Gambhir on Saturday urged the Ministry of Defence to help a man, claiming to be war veteran, after he spotted him begging in Connaught Place in Delhi.

The ace cricketer posted a picture of the man on Twitter and said that he could not get support from the Army due to “technical reasons”.

“He’s Mr Peethabaran, who served in the Indian Army in 1965 &1971 wars which can be verified by his ID. He claims due to technical reasons he can’t get support from d Army,” Mr Gambhir tweeted.

“I’d urge @adgpi @DefenceMinIndia @SpokespersonMoD to intervene as he is begging at A block Connaught Place,” he said in the tweet.

Responding to the tweet, the defence ministry assured a “quick and complete” response.

“We appreciate the concern raised by you and assure that the response will be quick and complete. @adgpi,” the defence spokesperson tweeted.