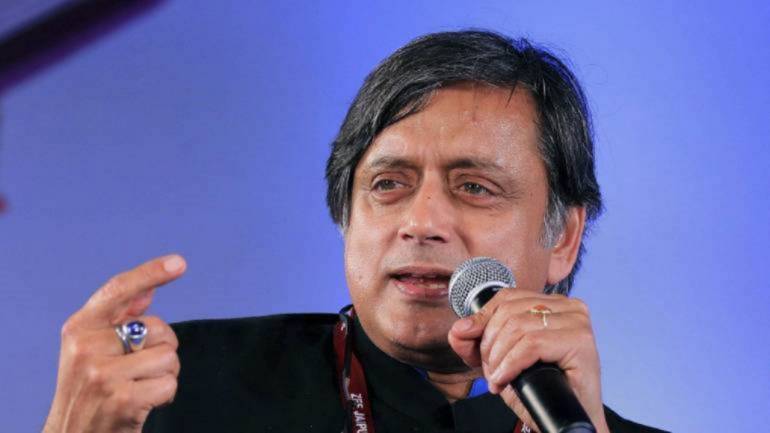 New Delhi Sept 5: Congress leader Shashi Tharoor said today that he is irritated when people say he has praised Prime Minister Narendra Modi when he only suggested that the Congress should figure out why people voted for him again in 2019.
The Thiruvananthapuram MP has been facing criticism from his party, that has asked him to clarify his remarks in support of party colleague Jairam Ramesh who asked the Congress to stop demonising PM Modi.

“Give me an example of the statements that I have supported. The problem is media reports are completely unfounded. Frankly, it irritates me greatly whenever media talks about my praise for PM Modi,” he told reporters at an event in Delhi University.

A few days ago Shashi Tharoor had said, “As you know, I have argued for six years now that Narendra Modi should be praised whenever he says or does the right thing. This would add credibility to our criticism. I welcome others in the opposition coming around to a view for which I was excoriated at the time.”

The Congress needs to win back these people who left it to vote for the BJP in 2019, he added.

“See, we do not know why they left us and how to win them back. So, I said let us try and figure it out. I am not praising Mr Modi, I am saying let us understand why he attracted these votes,” he argued.

Citing PM Modi government’s schemes, which possibly contributed to BJP’s victory, he said the Congress needs to point out their mistakes and failings.

“If it’s toilets, then let us understand that 65 per cent of these toilets do not have running water, if it is gas cylinders let us acknowledge that it was good thing to do but 92 per cent of the beneficiaries have not been able to afford refills,” he said.

Mr Tharoor said Swachh Bharat is a good idea but it has been “unfortunately” reduced to photo-ops. “Bharat Swachh nahin hai abhi tak, sirf bolne se nahin hota (India is not clean so far, only talking about it won’t do,” he said.