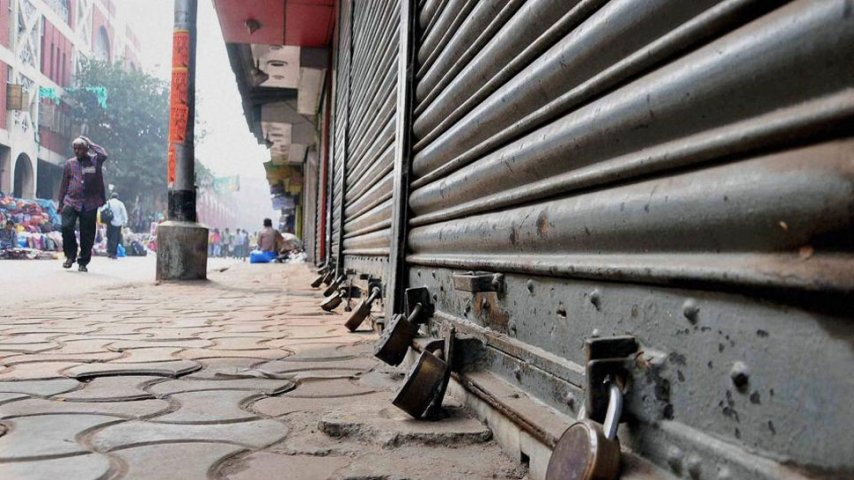 NEW DELHI Sept 10: The opposition Congress, which has called for a nation-wide shut down on Monday over rising fuel prices and depreciation of the rupee, has appealed party workers to maintain peace and not to associate with any violent protests.

It said 21 opposition parties are supporting the Bharat bandh, besides a number of chambers of commerce and traders’ associations.

The party demanded that petrol and diesel should be brought under GST, by which oil prices could drop by about Rs. 15 to Rs. 18.

“I appeal all Congress workers to make the bandh violence-free. We are Mahatma Gandhi’s party and we should not associate ourselves with any violence,” Congress spokesperson Ajay Maken said at a media briefing.

Petrol and diesel prices set new records Sunday. According to the price notification issued by state fuel retailers, petrol price was raised by 12 paise a litre and diesel by 10 paise per litre on Sunday.

Holding the BJP government responsible for the rise in petrol and diesel prices, Ajay Maken alleged that it kept on raising excise duty on fuel even as international crude oil prices have come down.

The government has collected Rs. 11 crore as excise duty by “burdening” people and “robbing them”, the Congress leader alleged.

Ajay Maken said that he was “pained” to see that BJP’s national executive meeting here remained silent on the rising crude oil price issue and has not held any discussions on inflation or rupee depreciation, matters which are directly linked with the common man.

“I am pained that the meeting did not discuss a solution to these issues,” he said.

Ajay Maken alleged the economic progress and GDP growth rate, which the UPA government maintained, has been squandered by the present dispensation.

“During our rule, Narendra Modi criticised the rising oil prices saying it has gone into ICU. What would they say now?” he asked.

Hitting out at the BJP for attacking the Congress with ‘make in India breaking India’ barb, Ajay Maken alleged the government has stalled the make in India initiative as 109 rafale jets could have been manufactured at Hindustan Aeronautics Limited, a PSU.

He also said the government has not yielded to the opposition’s demand for a Join Parliamentary Committee probe into the alleged irregularities in the Rafale deal.