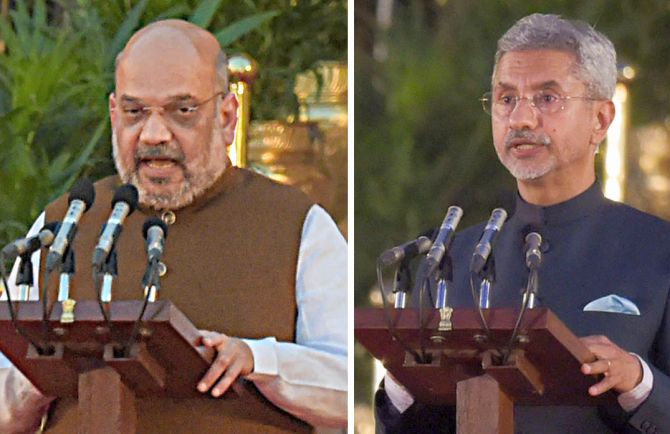 New Delhi June 1: There will be two new faces in the all-powerful Cabinet Committee on Security (CCS) with the induction of BJP president Amit Shah as the home minister and career diplomat S Jaishankar as the external affairs minister.

Chaired by Prime Minister Narendra Modi, the CCS is the final decision-making body on matters related to country’s security, including defence policy and internal security .

Besides the prime minister, the ministers of defence, home, external affairs and finance are members of the committee.

Mr Shah is joining the Union home ministry for the first time. He had earlier served as home minister during PM Modi’s tenure as chief minister of Gujarat.

The BJP had scored a massive victory in the 2019 Lok Sabha elections under him.

Mr Jaishankar, who had briefed the CCS on many occasions during his stint as foreign secretary from January 2015 to 2018, will now be part of the body
There will be a change of role for Rajnath Singh and Nirmala Sitharaman in the CCS.

While Mr Singh was the home minister in the previous cabinet, Ms Sitharaman was the defence minister.

This time Mr Singh will be representing defence ministry at the CCS, while Ms Sitharaman will be the finance minister.
NDTV Beeps – your daily newsletter