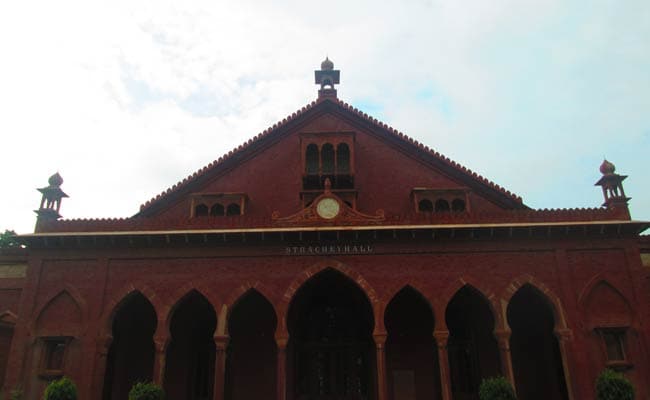 Aligarh Aug 23: An Aligarh Muslim University student was arrested after his Facebook page showed an objectionable poster on Prime Minister Narendra Modi carried recently by anti-India protesters in London, police said.
Mohammad Zaid Rashid (20), admitted at the university’s off-campus centre in Bihar’s Kishanganj this year, was in Aligarh when he downloaded a picture from the protests over the scrapping of the special status for Jammu and Kashmir.

In their complaint on Tuesday they alleged that the poster had been put up on the AMU campus in Aligarh, but the local police and the AMU authorities found that this was not correct.

They traced the local address of the youth, a resident of the city’s Hamdard Nagar.

AMU spokesman Shafey Kidwai said the incident was wrongly linked to the campus in Aligarh.

“We found that the youth had just been admitted to the off-campus centre in Bihar. We promptly traced him to his residence and filed an FIR,” he told reporters.

“We will take further appropriate action in this matter after the investigation is complete,” he said.

Senior Superintendent of Police Akash Kulhari said a case under the IT Act and for promoting social discord has been filed against Mr Rashid.

On Independence Day, pro-Pakistan protesters had demonstrated outside the Indian High Commission in London over the abrogation of the special status for Jammu and Kashmir under Article 370.