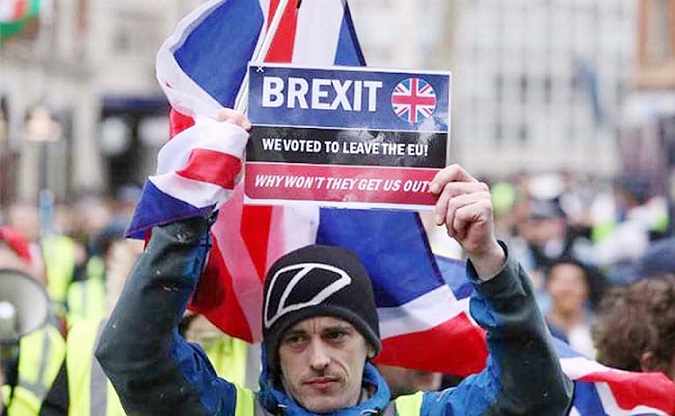 SUNDERLAND Jan 14: “It just needs to be sorted,” said 23-year-old Adam Green, a frustrated Leave voter in Brexit-backing Sunderland, where patience with parliamentary delays over Britain’s departure is wearing thin.

The former shipbuilding city in northeast England, where the Nissan carmaker plant is now the lifeblood, played a starring role in Britain’s seismic decision to leave the European Union.

The city’s 61 percent vote in favour of leaving in the 2016 referendum signalled early on where the nation was heading on the night of June 23, 2016 and celebrations at the count were beamed worldwide.

Now, as MPs prepare for Tuesday’s decision on whether or not to back the divorce deal struck between London and Brussels, voters in Sunderland are urging them to get on with it and get Britain out.

The years of wrangling since the referendum over how, or even if, Britain leaves have certainly dampened the high spirits of that 2016 June night.

“It’s become an absolute joke,” said Green, who is unemployed for medical reasons, as he stood outside the Bridges main shopping centre.

“It’s disrespecting my vote completely. Myself and my whole family voted for us to come out,” he said.

“The MPs need to get their heads down and get us out.

“I just want it over and done with because I’m sick of hearing about Brexit,” he added.

The University of Sunderland campus was built in the 1990s on the site of former shipyards that once dominated the banks of the River Wear in this working-class city of 275,000 people.

Sunderland was a coal trading port, had its own collieries, was a glassmaking centre and boasted a major brewery.

The heavy industry has largely evaporated, though the docks are still going and ships’ horns echo amongst the cranes.