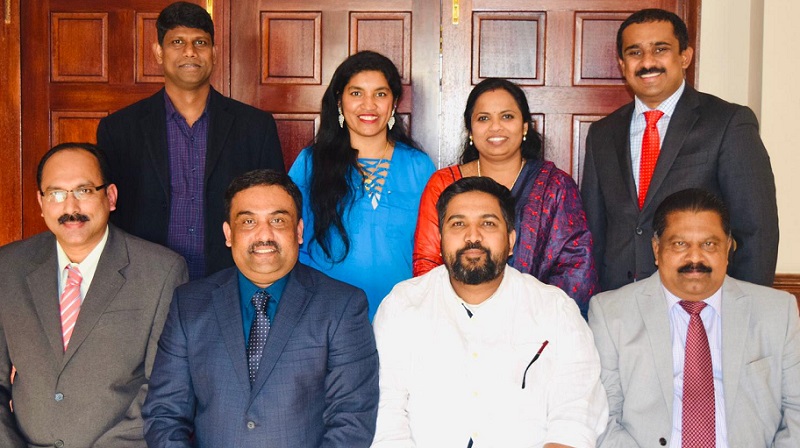 BIRMINGHAM April 1: UUKMA (Union of UK Malayalee Associations)’s new national council committee has met for the first time to draft plans for the year ahead.

The meeting, held on March 30, in Birmingham was presided by Manoj Kumar Pillai, president of UUKMA. Alex Varghese (General Secretary) welcomed the attendees.

Manoj Kumar Pillai called upon the national council to improve upon the activities already being held by UUKMA organisations, identify and hold new programmes that will incorporate women and youth.

He requested the support of organisation and individuals to help support UUKMA to be the leading beacon bearer of the Malayalee community in the UK.

The following panel were selected to take responsibility for the next two years: Manoj Kumar Pillai suggested to form an UUKMA Advisory Panel by including individals who have been a forte of UUKMA in the past years by inlcuding Varghese John, Mammen Philip, Viji KP, Francis Mathew, Siby Thomas, Sajish Tom,Thampi Jose, Beena Cesne. The panel approved the president’s request.

Aneesh John proposed the vote of thanks.

UUKMA is an umbrella organisation which has affiliation of majority of the UK Malayalee associations scattered all over the UK and contested once in two years.