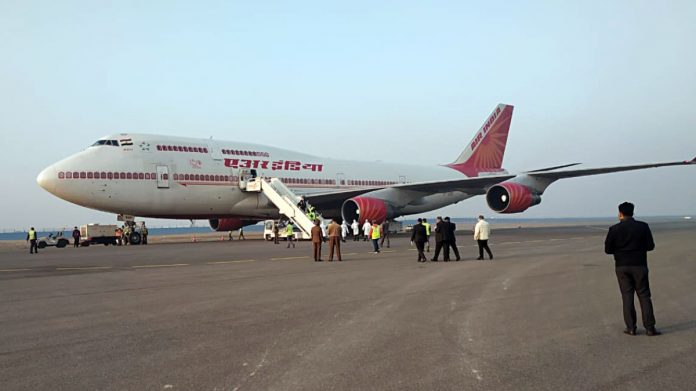 The Order said that the practice of repatriation flights by Air India was an “unfair and discriminatory practice” by violating a treaty governing aviation between the two countries.

Air India Ltd. has been making flights to repatriate its citizens during the travel disruptions caused by the Covid-19 outbreak, but also has been selling tickets to the public, the Transportation Department alleged.

At the same time, US airlines have been prohibited from flying to India by aviation regulators there, the DOT said in its order. The situation “creates a competitive disadvantage for US carriers,” the agency said in a press release.

Air India must now apply to the DOT for authorization before conducting charter flights so that it can scrutinize them more closely, it said. The department will reconsider the restrictions once India lifts restrictions on US carriers.

In response to the order India on June 23 said that it is examining the requests of the United States and several other countries to operate their airlines as a part of repatriation exercise similar to that of Air India’s Vande Bharat Mission.

“As we move from controlled and managed aviation evacuation of our citizens in different parts of the world and foreign nationals from India, we are now looking at the possibility of establishing bilateral arrangements,” the ministry said in a statement.

The civil aviation ministry also said that it is exploring bilateral arrangements with countries to repatriate Indians from various parts of the world.

The repatriation flights are increasingly also taking foreign nationals to their home countries, said the ministry. “As we contemplate further opening up in response to demands, we are looking at the prospect of establishing individual bilateral bubbles — India-US, India-France, India-Germany, India-UK,” it said.

Negotiations were on and a decision would be taken soon, said the government.