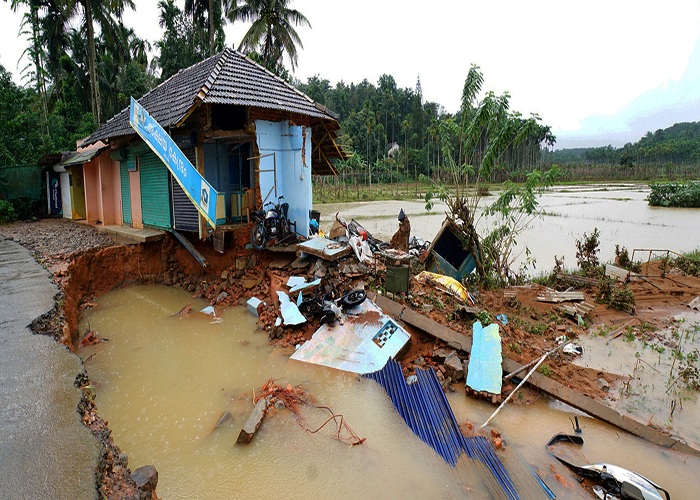 KATOWICE Dec 12: A top United Nations (UN) official has advised the state government to engage all stakeholders including the civil society and private sector in rebuilding Kerala after the devastating floods in August this year.

Assistant Secretary-General and Head of the New York Office of the United Nations Environment Programme (UNEP), Satya S Tripathi, said the government should not carry out the rebuilding work alone because no government can ever be able to deal with a problem of such massive proportions.

Describing people of Kerala as “extremely enterprising”, Mr Tripathi said: “Hats off to the people of Kerala. I can already see that the government is working with a lot of stakeholders to build a partnership that will help”.

While 483 people and thousands of livestock were killed, the disaster in August this year incurred immense losses on the state’s infrastructure, as many roads, bridges and thousands of houses were damaged/washed away.

Mr Tripathi said the biggest lesson he took away from the massive recovery coordination was the power of partnerships.

He also said it was not helpful to do the same things again because that would not help in the long run and every disaster gives you an opportunity to build better.

“So one needs to look at what was missing. Why did the floods happen to start with and how, that we have suffered all these deaths and devastation, could we do something differently and I think that is the message for all the tragedy and the immense havoc that was caused on people and property in Kerala,” said Mr Tripathi.

“It also is a God-sent opportunity to look at the problem from a different perspective and see how we can do better this time. There are opportunities and lessons for all in this crisis,” he said.

Asked about the arguments by certain experts that dams have played a role in increasing the proportions of Kerala flood disaster during July-August, Mr Tripathi said he leaves that to experts but maintained that the ecological risks to the eco-system overall is far more when you come up with big dams.

“Because while we see the visible benefits of providing water for irrigation and other things, the invisible damages are very huge both in terms of eco-system, species and the environment in general,” said the top UN official.

“I think one needs to have a really holistic look at mega scale projects which may not necessarily serve the interest of the people and the planet in a longer term,” Mr Tripathi said.