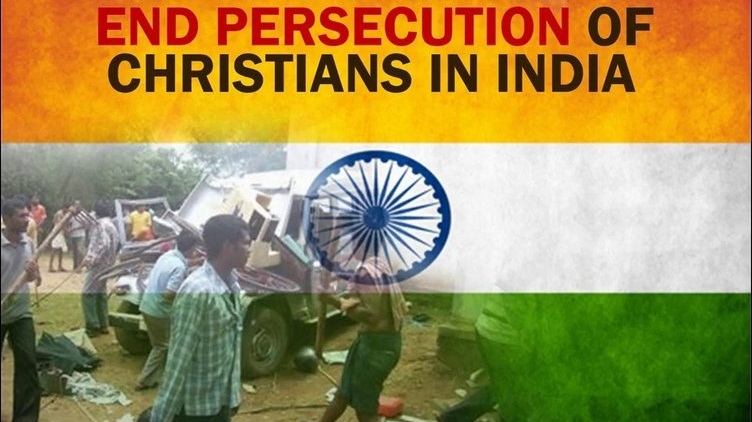 LONDON May 15: The UK government on Tuesday said that it would take up the issue of the alleged persecution of Christians in India, with a British minister pointing to a “worsening” of such cases in the country.

During a scheduled session of oral questions for the Foreign and Commonwealth Office (FCO) in the House of Commons, UK Foreign Office minister Mark Field said the British government would raise all specific cases of such alleged religious persecution in India with its counterparts.

“India of course is one of many countries where there has been an increased worsening in recent years and we will obviously at a consular level take up all the cases [of Christian persecution],” Field told the Commons.

He was responding to a specific intervention by Scottish National Party MP David Linden, who raised the case of a group of Christians allegedly being beaten during a prayer meeting in India in early May and asked for government action over the “escalating” cases in the country.

Earlier, UK foreign secretary Jeremy Hunt spoke of a roundtable of faith leaders he had attended at the British High Commissioner’s residence in Nigeria over the issue.

“What emerged is the immensely important role that politicians have in developing countries in not fanning populism and hatred between religions in election campaigns, which is a very easy route to go down with extremely damaging consequences,” he said.

Hunt also pointed to a report he had commissioned to review the persecution of Christians around the world and consider appropriate measures to counter the problem.

“The reason we commissioned this report was a sense that whilst we have called out persecution of people of other religions… we have been more reticent in doing that when it’s Christians. When actually 80 per cent of all the religious persecution is against Christians,” he said.

The interim report submitted by the Bishop of Truro earlier this month was described as a “truly sobering” look at the persecution of Christians worldwide, as it quoted figures from Persecution Relief to highlight 736 such attacks in India in 2017, up from 348 in 2016. – PTI