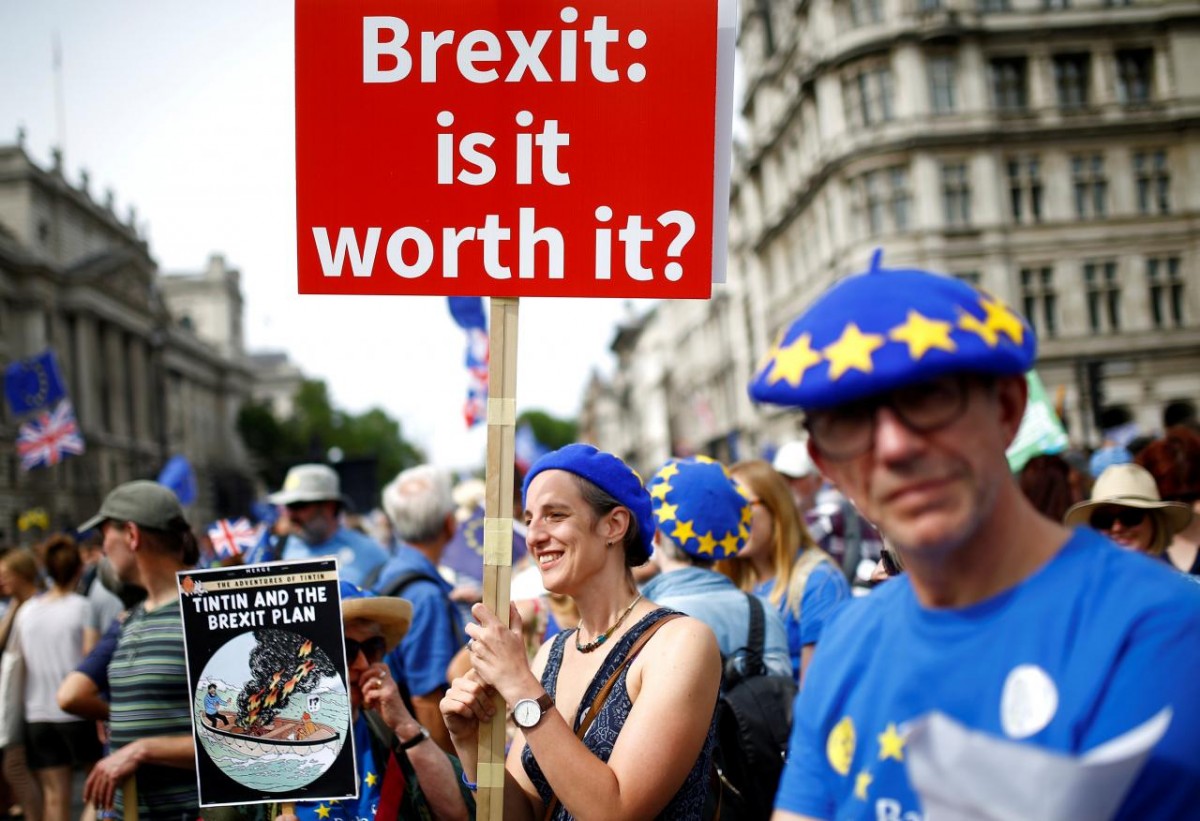 LONDON Sept 11: The British government has refused to confirm whether it has taken legal advice on holding a second referendum on the final Brexit deal, saying revealing such information would harm its negotiating position in talks with Brussels.

The Brexit department, which oversees the negotiations on Britain’s departure from the European Union next year, made the comment in response to a Reuters query submitted under the Freedom of Information law.

With less than seven months until Brexit day and Prime Minister Theresa May’s Brexit plans under fire, some lawmakers and business leaders are increasingly arguing for people to have a final say on any deal with Brussels.

May has repeatedly ruled out holding a second referendum following the vote two years ago to leave the EU.

However, several lawmakers in her Conservative Party back the idea of what is known as a “people’s vote”, and opposition Labour Party leader Jeremy Corbyn is under pressure to voice his support.

Britain’s Trades Union Congress, a group of 48 labour unions, added to the pressure on Sunday, with General Secretary Frances O’Grady saying it would back a referendum if May fails to get a deal that will support workers.

Asked by Reuters what legal advice it had received this year on holding a second referendum, the Brexit department said there was a public interest in refusing to confirm or deny whether it had such information.

“There is a very strong public interest in the most effective pursuance of the UK’s national interests abroad,” the department said in a letter.

“It is necessary to consider whether the act of confirming or denying whether we hold information would be likely to prejudice the government’s negotiating position, which would be detrimental to the UK’s relationships with other states, and with European institutions, and would prejudice the promotion and protection of the UK’s interests abroad.

” The department said it had concluded “the public interest favours maintaining the exclusion” of its duty to reveal whether or not it holds such information.

It gave the same answer to a request for information on whether it had taken legal advice on the reversibility of Article 50, the notice of the intention to leave the EU.

Brexit minister Dominic Raab said last week that the prospect of a second referendum would invite Brussels to offer Britain the “very worst terms” in any Brexit deal.

Britain is due to leave the EU on March 29 but has yet to reach a deal with Brussels on the terms of its departure.

May has said members of parliament will get to vote on whether to accept any final deal. In the June 2016 referendum, 51.9 per cent backed leaving the EU, while 48.1 per cent favoured staying.

Opinion polls show Britons remain divided over Brexit, though some recent surveys have shown a swing towards support for staying in the EU.

A YouGov poll, conducted July 31-August 7 and commissioned by the pro-referendum “People’s Vote” campaign, found 45 per cent of voters supported holding a new referendum whatever the outcome of talks with the EU, while 34 per cent opposed it.