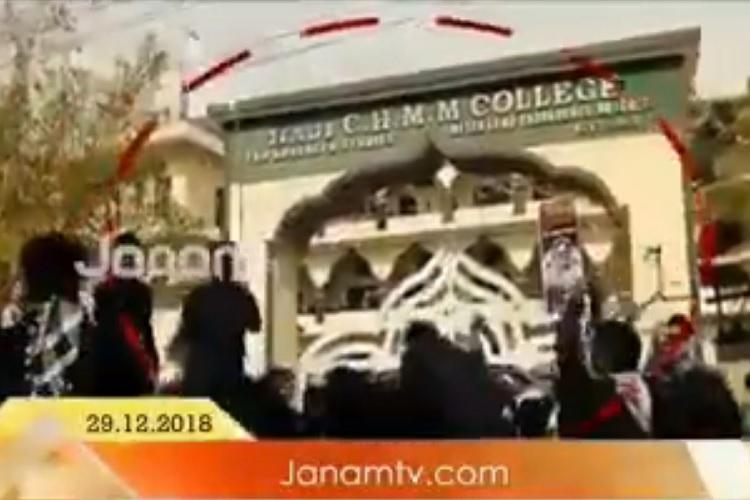 VARKALA Dec 31 2018: Students of a Kerala college who wore black dress for their annual day celebrations were branded ‘terrorists’ by a Malayalam TV channel.

Students of the CH Mohammed Koya College for Advanced Study in Varkala chose a black dress code for their annual day in March this year.

The video report shows the students wearing black come in jeeps and bikes to their college, with a reporter saying it showed the presence of terrorist organisations like Al-Qaeda and ISIS in the campus in Varkala in Thiruvananthapuram district.

“Al Qaeda is spreading to the capital city. It’s tightening its hold over campuses in Kerala,” the TV anchor says, and all the while white flags the students were waving during celebration were circled on TV. See Video Below:

Chief guest for this function was Malayalam actor Salim Kumar, who now has come to the defence of the students saying that he too wore black dress as requested by the students of the college, who are his fans.

Salim Kumar goes onto say that he couldnt find anything wrong with wearing balc and that he is not a terrorist.

Rports say that the the college is secular with 75 per cent faculty from other communities (non-Muslim) and more than 50 per cent students are non-muslim with a Hindu as the principal.