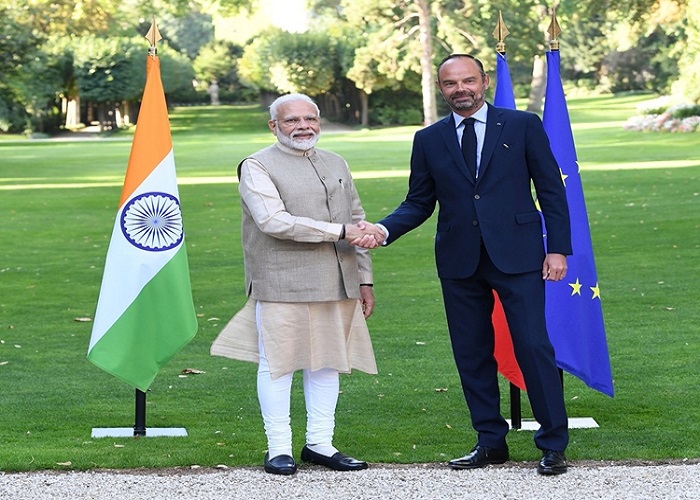 During the breakfast meeting, the two leaders covered the full range of India-French ties.

“Met Mr. @EPhilippePM, Prime Minister of the French Republic. Our talks were comprehensive and covered the full range of India-French ties,” PM Modi tweeted after the meeting.

PM Modi, who is in France on the first leg of his three-nation tour, on Thursday held one-on-one talks with French President Emmanuel Macron at Chateau de Chantilly during which the two leaders reviewed the entire gamut of the dynamic and multi-faceted bilateral relationship.

The one-on-one interaction was followed by the delegation-level talks. After the talks, the two countries signed four MoUs.

In a joint statement issued after the talks, the two leaders reiterated their strong condemnation of terrorism in all its forms and manifestations including cross-border terrorism and terror-related incidents in France and India.

From France, PM Modi will travel to the United Arab Emirates on Friday where he would receive the ”Order of Zayed”, the highest civilian decoration conferred by the UAE government.

PM Modi will then visit Bahrain where he will hold talks with King Shaikh Hamad bin Isa Al Khalifa and also witness the formal beginning of the re-development of the temple of Shreenathji – the oldest in the Gulf region before returning to France on Sunday to attend the G7 Summit meetings.