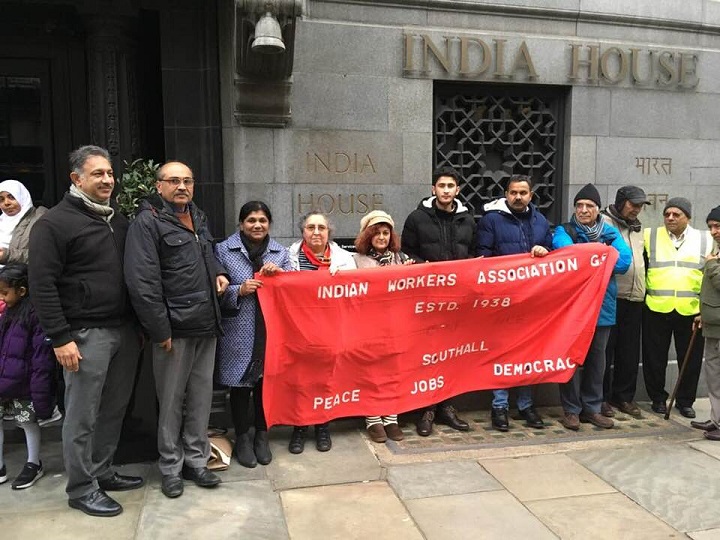 LONDON Jan 2: A group of common minded supporters of the LDF government in Kerala gathered in front of the Indian High Commission in London last Friday to form a human chain to offer support to those women who formed a human chain “in support of gender equality”, amid a row over access to a prominent Hindu temple.

Local reports said that the event was organised by members from an organisation called Sameeksha alongwith its women’s wing. The human chain in front of the Indian High Commission in London was attended by communities from Punjab and from the British community. Associaiton of Indian Communists general sceretary comrade Harseev Bains read out the pledge for the attendees to pledge.