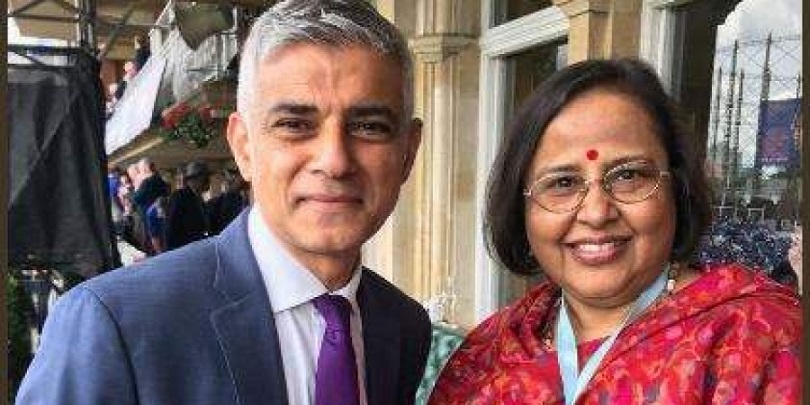 LONDON Aug 9: A ten-member Public Response Unit has been set up in the Indian High Commission here to provide instant service to the diaspora.
Speaking as a chief guest at the 72nd Independence Day celebrations at the Bharatiya Vidya Bhavan here on Wednesday, India’s High Commissioner to the UK Ruchi Ghanashyam said the Public Response Unit has ben set up to resolve the problems of people, “if possible on phone itself.”

“Your High Commission is a phone call away. We want to take the service to the door step of people in the UK,” she said.

“As external affairs minister she gave us lead to give better services  to the people – whether they are living in India or abroad,” the Indian envoy said.
She said that Swaraj was one of the tallest leaders of India in the recent past and, “we celebrate the contributions she made through her dedication.”

The participants at the event also observed a minute’s silence in the memory of Swaraj.

Shanta Ruparel, Joint Chairman of Bharatiya Vidya Bhavan, said “India is recognized as one of the most respected countries in the world. Ever since Narendra Modi took over as the prime minister, India has secured a special place in the world.”

He also lauded the success of Indian scientists in successfully launching Chandrayana2.