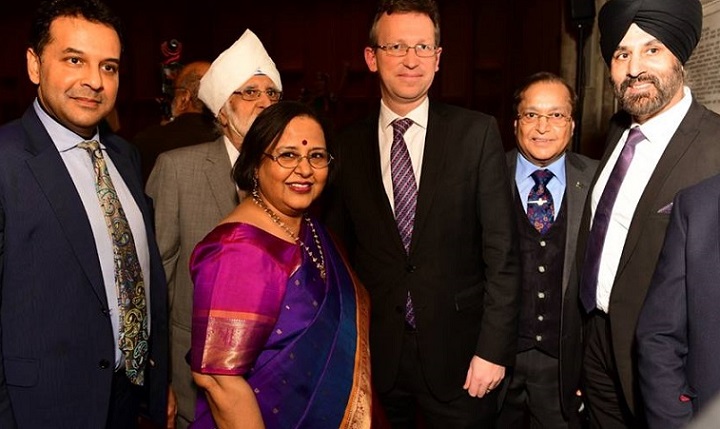 London Jan 31: Consular services including passport, visa and attestation services are being taken to the Indian diaspora in far-flung areas in the UK as part of a new drive by the Indian High Commission here.

Indian High Commissioner to the UK, Ruchi Ghanashyam, said the initiative is part of a wide range of initiatives being undertaken by the mission to reach out to the community.

“The High Commission of India will continue its work tirelessly to further consolidate and deepen India-UK hugely beneficial ties as well as serve Indian citizens and people of Indian origin in the most efficient and friendly manner,” said Ghanashyam, during her address at a special Republic Day reception in London’s historic Guildhall on Monday evening.

“The High Commission is bringing its consular services to the doorstep of the Indian diaspora,” she noted.

Since last year, the mission has been organising regular “surgeries” in different parts of the UK during which a team of Indian mission officials assist people with their paperwork related to applications for passport renewal, Overseas Citizenship of India (OCI), and other certificate and attestation requirements.

Since December 2018, India House in London is also operating a walk-in policy for anyone in need of consular services and has substantially hiked the number of staff as part of its Public Response Unit in order to address all telephone queries more efficiently.

“These services are being coordinated on a need-basis and based on requests received from the Indian community members. Our aim is to be able to assist anyone who is unable to make the journey to London or other consulates,” a high commission official explained.

In his keynote address, the chief guest at the annual Republic Day reception this year, UK Secretary of State for Digital, Culture, Media and Sport Jeremy Wright, noted that 2019 will also involve Britain welcoming the Indian cricket team for the World Cup in June.

He added “The economic relationship between our countries is a thriving one. I understand that the issue of visas is certainly an important one.

The annual event, hosted by the Indian High Commission in the heart of London’s financial district this year, was attended by hundreds of guests from the Indian diaspora as well as senior political figures and included a series of Indian cultural performances. – PTI