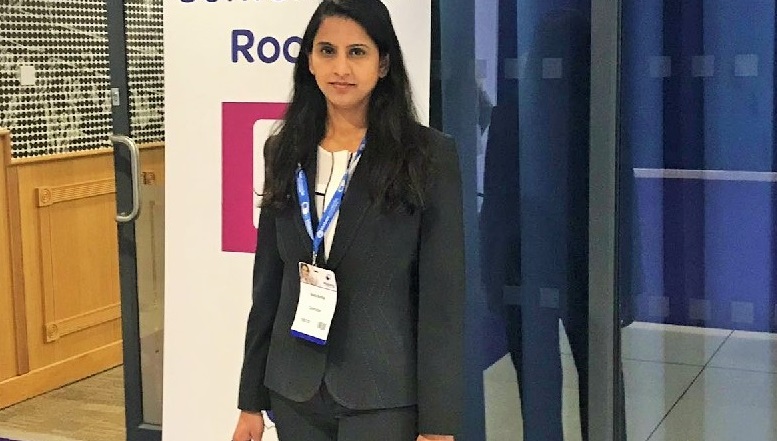 LONDON Feb 4: An Indian pharmaceutical expert, who was among hundreds fighting against being denied the right to live and work in Britain over a controversial national security clause, on Sunday celebrated the end of her “trauma” but said she was “furious” it had taken so long for the UK Home Office to admit its error.

Nisha Mohite had been accused by the UK Home Office of “undesirable conduct” over her accountant’s error in an income tax filing, which she had rectified within the legal time limit.

However, she, alongside several highly skilled professionals from India, was accused of deliberately misleading the UK authorities to meet the required income threshold in her Indefinite Leave to Remain (ILR) application.

“It’s a big relief to see the ILR approval letter after a long fight to prove myself right all these years. I am happy to get ILR but furious at the same time that the Home Office had many occasions to rectify their error over the last two years but they persistently denied my right to remain in the UK,” Mohite told PTI.

“I have a lost huge amount of money in the legal battle, especially when surviving without the right to work during the process. The torture of this uncertainty gave rise to mental health issues and a forced career break,” she said. Mohite, from Northamptonshire, specializes in the development of anti-cancer and anti-psychotic drugs.

However, under Home Office rules, she did not have a right to work during her legal challenge over what she claimed was a wrongful use of clause 322(5) of the UK Immigration Act. The clause is a discretionary rule aimed at denying convicted criminals and terrorists the right to live in the UK.

However, the Home Office used it to question the “good character” of professionals who had entered the UK on Tier 1 (General) visa, over apparent differences in their declared earnings to the UK tax department and the Home Office in order to make up the required points on their settlement application.

The UK government had been forced to launch a review into the issue after a long-drawn campaign by activists claiming the clause was being misused.

In November last year, the Home Office admitted errors were made with around 50 applications, which would be reconsidered. “Errors of this kind are always regrettable, and I do not seek to minimise the impact that the error may have had on the individuals concerned,” UK immigration minister Caroline Nokes had said in a statement to Parliament at the time.

Mohite received a notification soon after in December that as part of the review process her application had been identified as “one that has been potentially refused in error”.

However, she then received a follow-up letter last month saying there will be a further delay as the Home Office required “additional information from other government departments”.

It was only after she sent yet another letter questioning this delay that she was finally granted her right to live and work. “My message to the Home Office is please don’t punish genuine people while trying to reduce immigrants.

The trauma of all this uncertainty gave rise to mental health issues and a forced career break,” she said. While she has some new job offers coming in already, Mohite feels it will take her months to recover from her ordeal.

Meanwhile, the UK Court of Appeal is expected to rule on the use of 322(5) in such cases by next month. “There are at least a few hundred cases still going through the legal process of challenging the Home Office decisions but the lives of hundreds of others, forced to leave the country already, have been ruined as a result of this ordeal,” said an activist closely associated with the campaign over the last few years.

The issue involves skilled professionals who were entitled to apply for ILR, or permanent settlement, after a minimum of five-year lawful residency in the UK.

While the Tier 1 (General) visa they used to enter the country was discontinued in 2011, former applicants were eligible to apply for settlement in the country until April 2018 if they made up the required number of points on their application.

However, legal experts noted a pattern of many such applications being turned down by Home Office caseworkers citing clause 322(5) of the UK Immigration Act, a discretionary rule aimed at ensuring national security.

The Home Office review into the issue last year came as a relief to some but the use of the controversial clause was not entirely withdrawn.

“Whilst we believe the majority of these have demonstrated patterns of behavior that bring into question the character and conduct of applicants, these cases have also given a fresh perspective on the minority of more finely balanced cases, the findings of which we will feed into our future decision-making process,” the Home Office review noted.

While individual case information is not openly shared, campaigners confirm that a large number of the affected applicants are from India, with other nationalities including Pakistani and Bangladeshi. – PTI