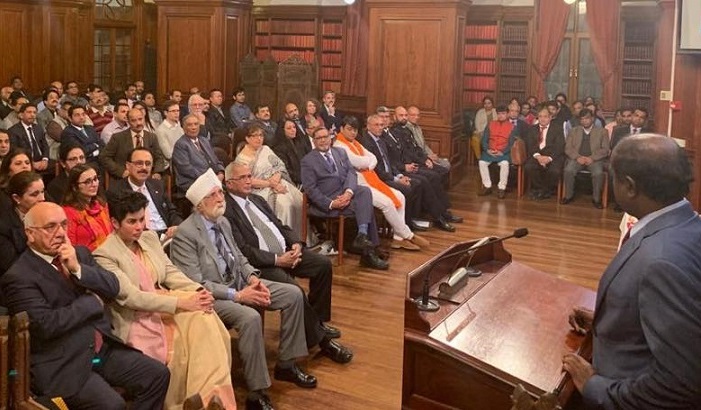 LONDON Nov 27: High Commission of India organised a solemn commemorative event to mark the tenth anniversary of the terrorist attacks in Mumbai on 26th November 2008.

Lord Ranbeer Singh Suri, Lord Navnit Dholakia, Mr Fergus Auld from FCO, representatives from UK Police, High Commissioner of Sri Lanka to UK and several other community members joined in to remember the victims and to show solidarity in fight against the scourge of terrorism.

Those present on the occasion observed a two minutes silence and lit candles to pay homage in memory of those who lost their lives in this dastardly deed.

High commissioner, Mrs Ruchi Ghanashyam, in her address underlined that this was a crime against humanity which India can never forget.

She also stressed the close cooperation and strong commitment between India and the UK to combat terrorism.