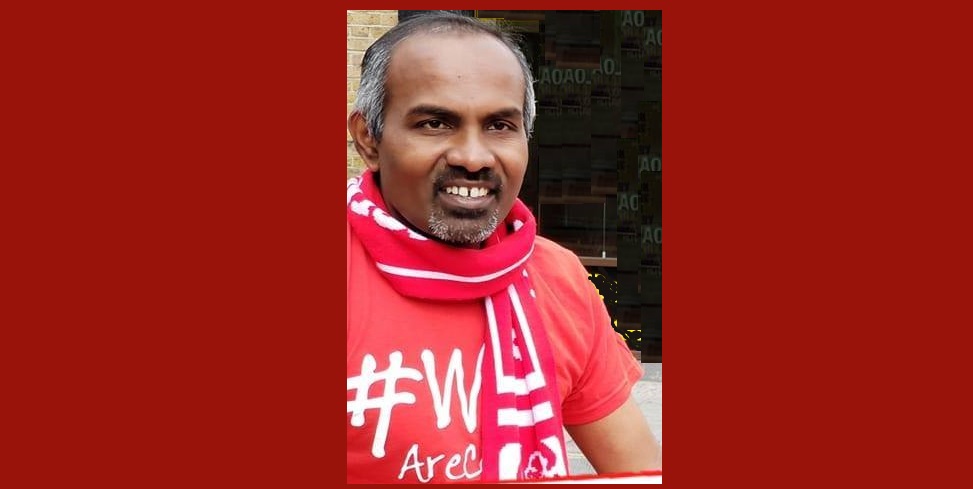 LONDON Aug 6: East Ham ward councillor Sugathan Thekkepura has left and decided not to take part in any more meetings called by the Indian Origin Councillors group in the UK, he announced through is Facebook post and confirmed for it to be published by this website.

I am leaving this group…(Indian Origin Councillors in UK)

I thought this group will create integrity of Indian Origin Councillors in UK and furthering our cultural and secular values apart from protecting and taking proud of our great constitution.

Unfortunately it reduced to a fanatic group that promoting Hindutwa agenda particularly those from Tory party. Initially I thought some postings have done by mistake when challenged he left the group.

Recent postings are not promising . It has been becoming a campaign group of Sangh parivar in India. I am a secular socialist hence I cannot with stand such campaigns and postings of those who are worshipping policy of Modi and Shah.

When Babri Masjid was demolished illegally and creating a temple is never going to solves poverty or backwardness of our country but help fascists to grow further on their lies. Karl Marx has rightly interpreted the history and predicted its future.

That’s the one part of the human history need to be reach its full circle in order to perish itself to give birth of another. Fascism had been its zenith when Hitler ruled.

Now it is a history in Europe. In India just started with Modi. But it won’t be last long. It may be little longer but will definitely come to an end. That is called historical dialectical materialism.

Speaking to this website Councillor Sugathan said: “They have asked me to rejoin the group again but I am adamant on strict implementation of secular policy in the Whatsapp group. I have challenged them in the past because of that Indian High Commission has been rearranged the admin panel but it seems no good”.

East Ham is a district of the London Borough of Newham in London.