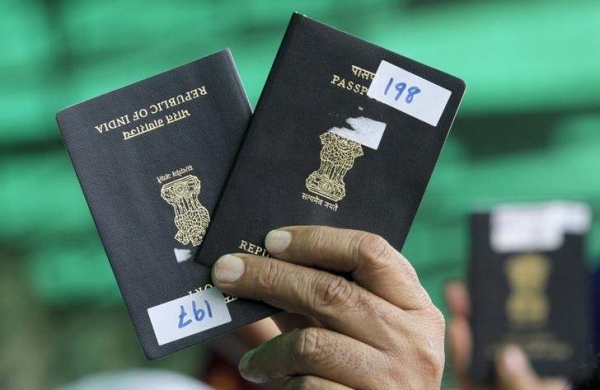 New Delhi Dec 12: Opposition members in Lok Sabha on Wednesday raised the issue of “lotus emblem” reportedly being printed on new passports brought for distribution in Kozhikode in Kerala, Raising this issue during the Zero Hour, MK Raghavan (Cong) said the matter has been highlighted by one of the newspapers.

He alleged that this was “further saffronisation” of the government establishment.

“I urge the government to withdraw these booklets and initiate an inquiry into this,” he said.

Leader of the principal opposition party Adhir Ranjan Chowdhury demanded a reply on the issue from External Affairs Minister S Jaishankar who was sitting in the House.

Speaker Om Birla told Adhir Ranjan Chowdhury that as a senior member of the House he should be aware that the minister cannot reply without prior notice.

As Adhir Ranjan Chowdhury persisted on his demand for a reply from the minister, BJD member B Mehtab said that the Congress cannot hijack the House.

Some other BJD members also joined Mehtab. “You can only plead and you cannot force,” a member said

Quoting the media report, MK Raghavan said that lotus is printed inside a rectangle on the page where passport officers’ signature and seal are seen.

N K Premachandran (RSP) was also flashing the paper carrying the report during the war of words between the Congress and the BJD.