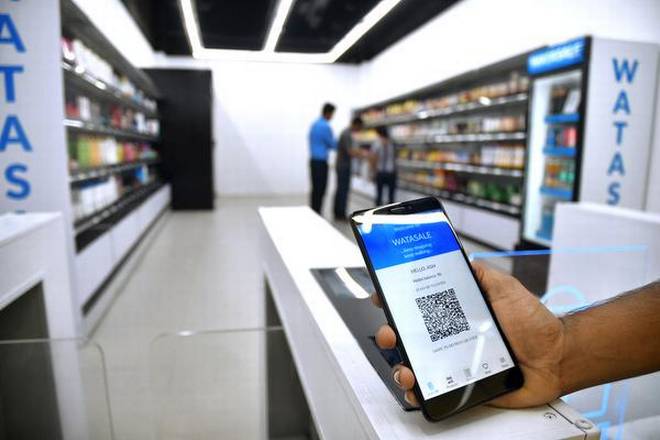 KOCHI Sept 12: Watasale, created by a group of Indian technology professionals, has ushered in a new roadmap for India’s retail companies by offering a complete autonomous cashier-free shopping experience for customers.

Shoppers can walk into the store with their mobile phone, take a product and just walk away without having to interact with a billing accountant.

Offering a no-fuss, no cashier, no scanning, no waiting-in-line service, Watasale, which was launched at Kochi in Kerala last week, does not employ any salesperson or cashier.

The retail store uses artificial intelligence, and computer vision and sensor technology to allow customers to buy a range of products by just scanning the QR code generated through the Watasale app to enter the shop.

The bill amount is automatically debited from their prepaid e-wallet account.

The idea of a cashless store was first conceived by the team in 2015 after which it took them three years to work with AI for hassle-free shopping.

Jeff Bezos’s Amazon Go concept of unmanned stores is already running at three locations at Seattle in the United States, and is expected to reach New York soon, according to BloombergQuint.

Jack Ma’s Alibaba has also tried to adopt the concept at Tao Cafe in China, the report added.

Watasale uses the same core concept but has devised its own technology. “We have created the same experience with our own propriety software,” Rajesh Malamal, Chief Marketing Officer, Nayasale Retail, was quoted as saying in the report.

“We believe that our systems are more economical and scalable in comparison to Amazon’s solution,” he added.