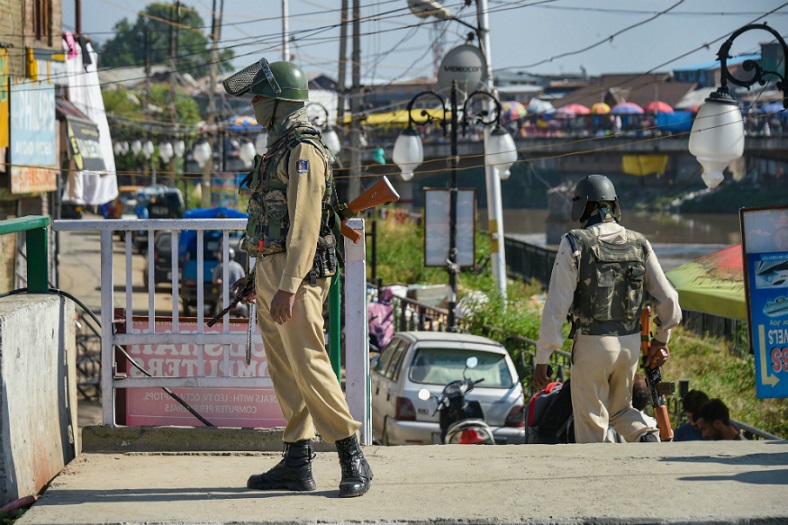 London Aug 8: The UK said on Wednesday that it had expressed its concerns to the Indian government over its decision to revoke Article 370 and withdraw the special status of Jammu and Kashmir.

The Indian government on Monday revoked Article 370 of the Constitution that gave special status to Jammu and Kashmir and bifurcated the state into two Union Territories — Jammu and Kashmir, and Ladakh.

UK foreign secretary Dominic Raab said he had spoken to his Indian counterpart External Affairs Minister S Jaishankar, and received clarity on India’s stand on the announcement earlier this week, which proposes that the state be bifurcated into two Union Territories.

“I’ve spoken to the Indian Foreign Minister twice since my appointment, and I spoke to him earlier today [Wednesday],” said Raab, who took charge at the Foreign and Commonwealth Office (FCO) recently under a Boris Johnson led British government.

“We’ve expressed some of our concerns around the situation and called for calm, but also had a clear readout of the situation from the perspective of the Indian government,” he said.

In a previous statement, an FCO spokesperson had said that the UK was following developments closely and supported calls for the situation to remain calm.

Britain’s parliamentarians remain divided over the issue, with some from the All Party Parliamentary Group (APPG) on Kashmir expressing grave concern and calling for a moratorium on the decision and others hailing the move for paving the way for economic development in Jammu and Kashmir.

The British Kashmiri community is equally divided, with pro-independence outfits holding protests outside the Indian High Commission in London and others welcoming it as a historic move that would lead to peace and prosperity in the region in the long term.