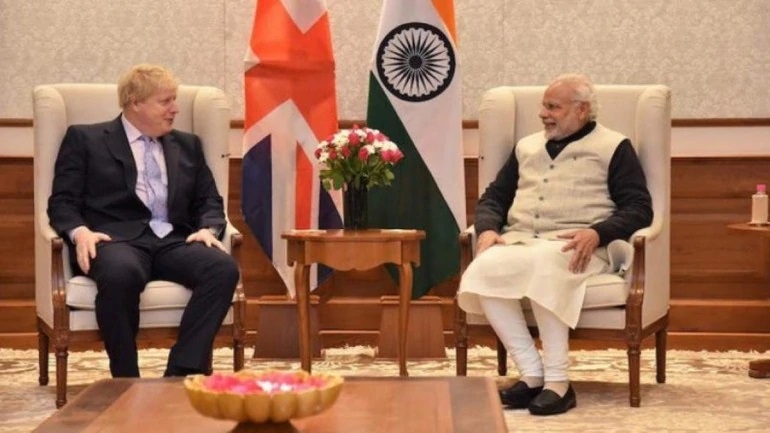 New Delhi Aug 21: Days after clashes erupted outside the High Commission of India in London during the Independence Day celebrations, Prime Minister Narendra Modi today raised the issue with his British counterpart – Boris Johnson – in a telephonic conversation.
Mr Johnson expressed regret over the incident and assured necessary security measures to ensure protection for the Indian mission as well as its staffers and visitors, a release issued by the government said.

India had earlier conveyed its concerns to the United Kingdom over the incident, which occurred while Pakistan supporters were taking out a march to protest the Narendra Modi government’s decision to scrap Jammu and Kashmir’s special status under Section 370 of the Constitution and bifurcate it into two separate union territories.

According to sources, the agitation also had the support of Sikh and Kashmiri separatist groups.

According to the government release, PM Modi also pointed out in the phone conversation that all parts of the world – including India and Europe – were plagued by terrorism.

He stressed on the importance of taking effective steps to ward off the threats posed by radicalisation, violence and intolerance, given that terror groups such as the ISIS were rapidly expanding their global footprint.

PM Modi began the conversation by congratulating Mr Johnson on his recent elevation to the Prime Minister’s Office, and expressed his keenness on working with him to strengthen the strategic partnership between India and the United Kingdom.

The latter reciprocated by congratulating PM Modi on his emphatic victory in the recent Lok Sabha elections.

The two leaders will meet at the G-7 Summit in France’s Biarritz on August 25 and 26.