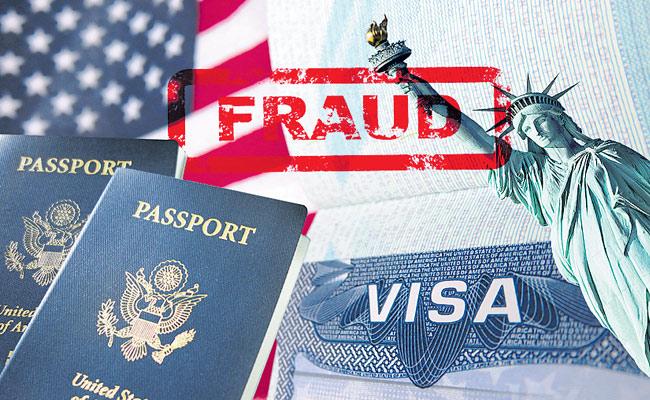 MICHIGAN Feb 1: At least 200 Indian students and eight student recruiters of Indian origin have been arrested and several others face arrest warrants after raids conducted by the US Immigration and Customs Enforcement (ICE) agency for alleged immigration rules violations, the American Telugu Association (ATA) said.

The ICE, under the Department of Homeland Security (DHS), conducted the morning raids on Wednesday and arrested scores of Telugu-speaking students nationwide in a crackdown on foreign students staying in the US without proper authorization, the ATA said in a Facebook post.

The DHS said it set up a fake university with undercover agents as staff in Farmington Hills, Michigan, to target foreign students who were staying in the US without proper authorization, according to federal indictments unsealed in Detroit.

The ATA said that the news was brought to its attention by the affected students and their friends and that the association’s legal and local teams in various cities swung into action for guidance and help.

The association, according to Detroit Free Press, confirmed that about 100 students had been arrested and others were facing arrest warrants. It said it was trying to help the affected students and had met Indian consular officials in the US about the case.

Eight student recruiters were charged with participating in a conspiracy to help at least 600 “foreign citizens to illegally remain, re-enter and work in the US and actively recruited them to enroll in a fraudulent school as part of a ‘pay to stay’ scheme”, said the indictments.

Six of them were arrested in Detroit and one each in Florida and Virginia.

The ATA urged the “students to be wary of fake agents who promise illegal ways to stay in US through admissions in unaccredited colleges and universities”.

Rahul Reddy, an immigration attorney in Houston, said in a live-stream on YouTube that students who may have been enrolled at the university were detained in Houston, Atlanta, Charlotte and St. Louis.

Suicide of Dr Sridharan Suresh: GMC and NHS Hospital Trust to be investigated over alleged negligence