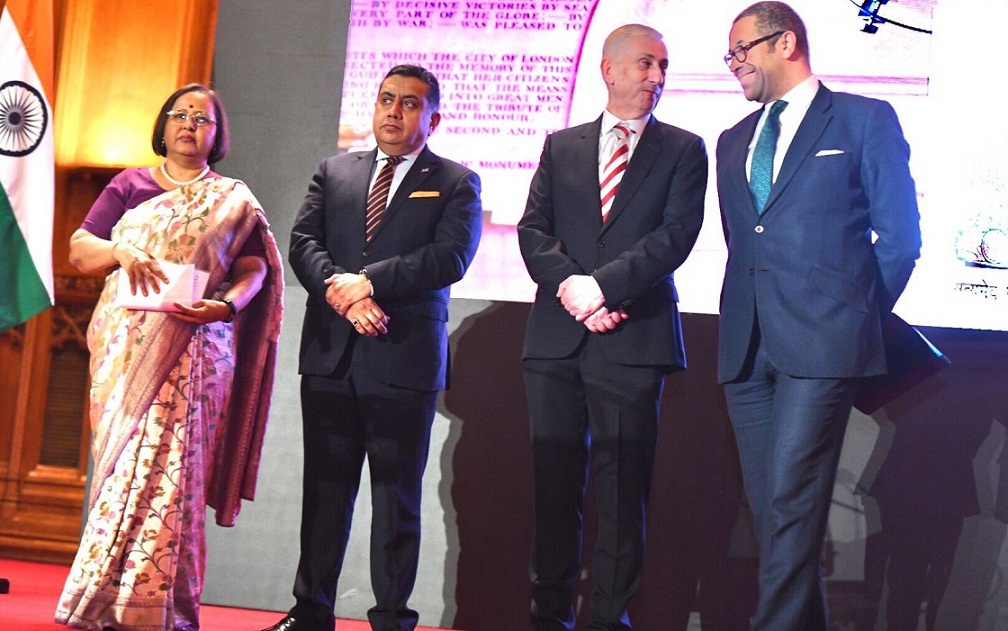 LONDON Jan 29: James Cleverly, the Chairman of the ruling Conservative Party, said that the election of 15 Indian-origin MPs in last month’s General Election, which resulted in the most desi Cabinet in history with three Indian-origin ministers as a sign of the thriving bilateral ties, set to be further enhanced after Brexit.

Addressing a gathering of Indian diaspora members and UK ministers and officials at the annual celebration organised by the Indian High Commission in London on Monday to mark the Republic Day, he said: “Our close and historic ties are not a cause for complacency. Our 21st century relationship is all about the future”, said Cleverly.

Boris Johnson is an internationalist and believes passionately in ensuring that the UK is open to the opportunities that life outside our membership of the EU presents We want to take our ties with India to the next level, he said. The minister highlighted a 63 per cent hike in Indian student numbers to the UK, which is expected to increase further with the introduction of the post-study work visa offer from later this year.

The UK has always welcomed Indians, wishing to come here for work, study or tourism and we will continue to do so, he said.

The Indian High Commissioner to the UK Ruchi Ghanashyam, in her address to the audience made a reference about the false narratives and propaganda being spread against India by mutating forms of terrorism to create disharmony, threaten peace and prevent progress in the country.

Ruchi Ghanashyam hailed the UK and India as natural partners in a wide range of areas, including the fight against terrorism.

In reference to India’s security challenges, the envoy noted: We have now been facing the challenge of cross-border terrorism for over four decades due to which thousands of innocent Indian lives have been lost.

“Government of India, however, remains steadfast in ensuring security within and on its borders and has taken progressive administrative measures towards economic development and socio-economic justice in all parts of India, including Jammu, Kashmir and Ladakh a region that has been particularly crippled by decades of cross-border militancy and terrorism.” While expressing confidence in a young India innovating its way through the challenges, she went on to congratulate two particularly India-friendly UK MPs honoured with the Padma Shri in this year’s Republic Day honours Labour MP and shadow secretary of state for international trade Barry Gardiner and Conservative Party MP Bob Blackman.

Their contributions to India-UK relations are deeply appreciated and valued, said Ghanashyam.

The event, marked by traditional Indian dance performances from different parts of India including the North East, also included an address by ministers in the UK government.

Lord Tariq Ahmad, the minister for Commonwealth Affairs in the UK Foreign and Commonwealth Office, also spoke of the strong desi flavour in the UK government and across both houses of Parliament as he focussed on enhancing India-UK collaboration within the Commonwealth. – PTI