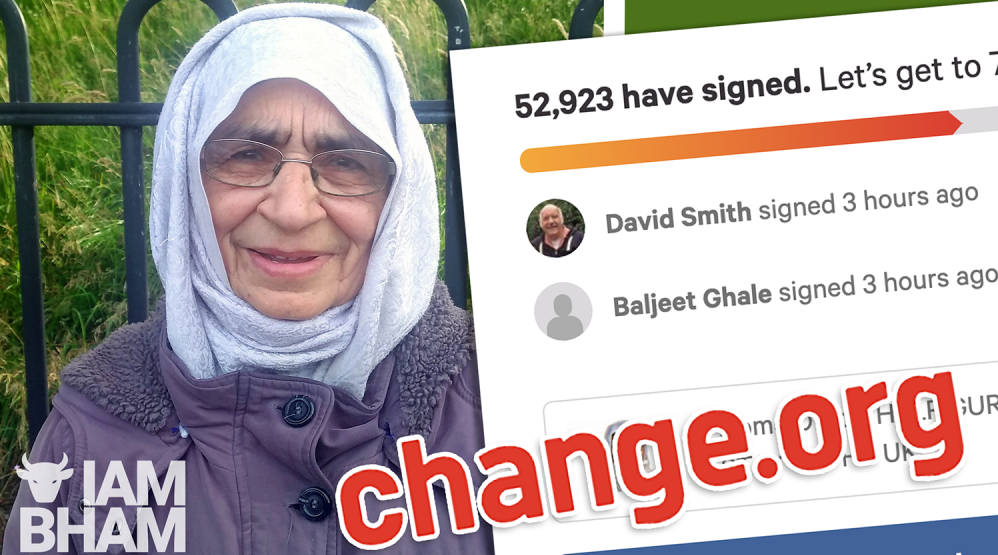 LONDON Nov 15: Over 62,000 people have signed an online petition in favour of an elderly Sikh widow’s right to not be forcibly sent back to India after over 10 years of living and making a home in England.

Gurmit Kaur Sahota, 75, came to the UK in 2009 and Smethwick in the West Midlands has been home to her ever since. Legally an undocumented migrant, UK Visas and Immigration rules mean Sahota is expected to go back to India even though she has no family there, attracting widespread support from the local community in Smethwick which has adopted the septuagenarian.

“Gurmit is a very kind woman, even though she has nothing she is still generous and will always give what she can, when she can. Most of her days are spent volunteering at the local gurdwara,” it notes.

“At a local Black Lives Matter protest Gurmit was giving out fruit to protesters in solidarity with the cause. Gurmit is an asset and a kind auntie to Smethwick. We want her to stay here. Smethwick is home,” it adds.

Speaking through a translator, Sahota told ‘Birmingham Live’ that if she was to return to India, she would have nowhere to go and no home to return to as she has no family there.

“I fear the loneliness and the impact on my mental health going back there all alone. Being here in Smethwick is my true home, it’s where I work to help the community, it’s where I give back, it’s where I know and love the people who have become my family. The people in the temple here have become my true family,” she said.
“This is the society I am part of and the place I have made my home. I have spent my life helping and giving to others and want to be able to continue to do this,” she added.

The Home Office was quoted as saying that it had communicated with Sahota recently explaining how she can apply to remain in the country legally. – PTI.