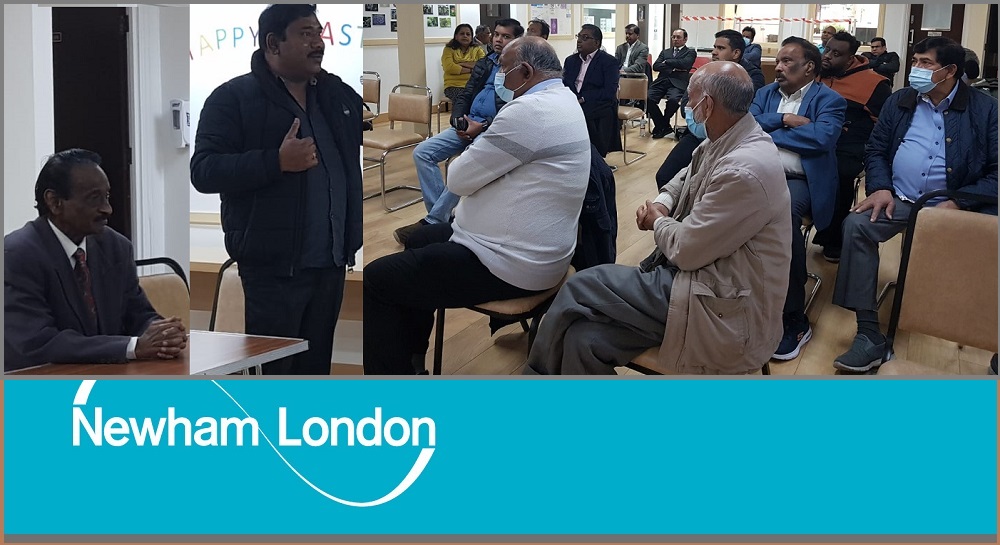 EAST HAM April 29: The disgruntled South Indian communities in Newham have decided not to vote for Labour Party and instead vote for independent candidates from their own community or for the Conservatives in the forthcoming Local government elections to be held on 5th May 2022.

A protest meeting organised and chaired by Chelliah Murugesan was held on 28th April at the The Trinity Centre, East Avenue, Manor Park, London E12 6 SG.

The decision not to vote for Labour Party was taken as a result of the community being marginalised with no seats being offered to anyone from the south Indian community for the May local elections and also due to several of its leaders being avoided or sitting candidates not offered another opportunity.

The meeting unanimously decided to vote any independent candidates if they are from the same community or vote for Conservatives.

Valarmathi Bharath, who is part of the organising team, said: “Newham is one of the most diverse boroughs in the country and the make up of the councillors must reflect that”.

According to Valarmathi: “People in power can only be effective and respond to concerns if they understand the community. Without adequate representation then this is not possible. There will be no representation of South Asian experiences and views in the Labour party.

“East Ham is in our history, most of our journeys started here. For this reason we have to protect it, our fathers and mothers worked hard to establish the community that we have enjoyed all this time and that can’t not be taken away from our children

“It’s our responsibility to create a community that is well represented at every level of the political system for our future generations, ensuring they have a sense of belonging. I feel betrayed and been used as a vote bank”.

“The south Indian community comprise of Tamils, Malayalees, Andhra, Telugu, Kannada who have played a very active role in Labour Party politics in Newham in the last decade.

“The avoidance is alarming because there is around 20,000 Labour Party supporters from within the south Indian community in Newham and they are a force to reckon with when it comes to swaying votes”.