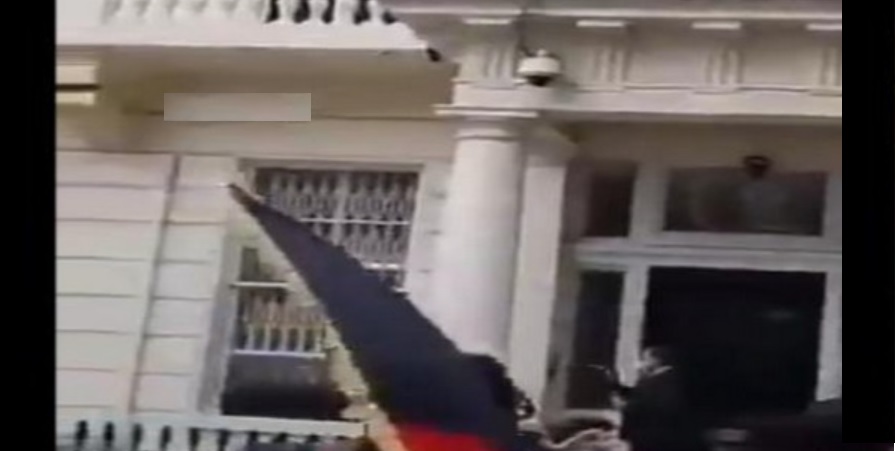 LONDON May 26: A group of Afghan protesters staged a demonstration outside of the building of the Pakistan High Commission in London on Monday.

Some of the protesters attacked the building by pelting stones and throwing water bottles despite the presence of the police at the site.

A protest was simultaneously held outside of Qatar’s London embassy against Qatar’s involvement in the ongoing Afghan peace process but the protest there remained peaceful.

Footage of the protest shows several demonstrators throwing objects at Pakistan High Commission’s premises, located in the Lowndes Square, Knightsbridge while chanting offensive slogans. The police could be seen trying to stop the protesters from entering the building.

Speaking to Geo News, Pakistan High Commission said that a complaint has been launched with the UK government to take action against those who resorted to hooliganism which resulted in damaging the building of the commission.

The spokesman said that the video footage of the damage has been shared with the authorities and a request for strict security arrangements has been submitted.

The UK government was reminded that during a protest in 2019 by an ethnic group, the Pakistan High Commission’s building was vandalised but no action was taken against the culprits.

On Sunday afternoon, nearly 200 protesters had gathered on the call of a group called “The Watan”, which had arranged a protest against the killings in Afghanistan. – ANI