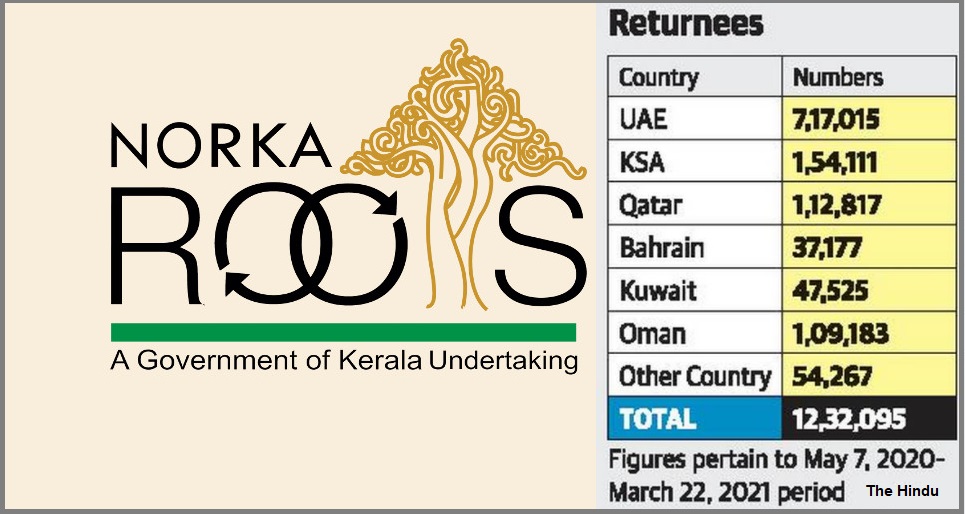 Thiruvananthapuram July 15: The COVID-19 pandemic has forced a whopping 15 lakh-plus non-resident Keralites, over 10 lakh of them due to job losses, to return home from the six Gulf nations between May 2020 and June 2021, further cementing fears of the state’s planners that reverse migration is a harsh reality for the state that has for decades been heavily depending on them financially.

More alarmingly, more than 10 lakh of those who have returned so far have cited job loss as the reason for their return to the state.

According to Norka, over 96 per cent of the returnees are from the six Gulf Cooperation Council member-nations, and as of July 3, the UAE leads with as many as 8,90,485 NRKs coming back from the emirate alone.

Only 56,640 NRKs or 3.78 per cent of the over 15 lakh have been from non-Gulf nations, as per the Norka which has not updated the number of Keralites coming from other states.

As of the first week of January 2021, as many as 21.89 lakh Keralites had come back to the state from abroad and from within the country.

The figures might not augur well for the state as it has been heavily leaning on remittances ever since the Gulf boom began in the 1960s.

According to Norka, there are 40 lakh Keralites living/ working abroad and 13.73 lakh elsewhere in the country. The state has a resident population of 3.48 crore.

Among the states, Kerala has the highest NRI deposits at over Rs 2.27 lakh crore as of December 2020, up 14 per cent over 2019, as per the latest data from the state-level bankers’ committee.

Bank deposits by non-resident Keralites recorded a healthy 14 per cent growth at Rs 2.27 lakh crore in the pandemic-hit 2020 compared to over Rs 1.99 lakh crore in 2019.

NRI deposits should not be confused with remittances, which are foreign currency funds sent by expatriates, as they are private money parked in NRE accounts in domestic banks. The amount could be the proceeds from any source, including sale of assets in the host country where they were working earlier.

As per the World Bank’s Migration and Development Brief report, India received USD 83 billion in remittances in 2020, down just 0.2 per cent from USD 83.3 billion in 2019. Kerala saw a USD 267 decline in monthly remittances per NRK. – PTI