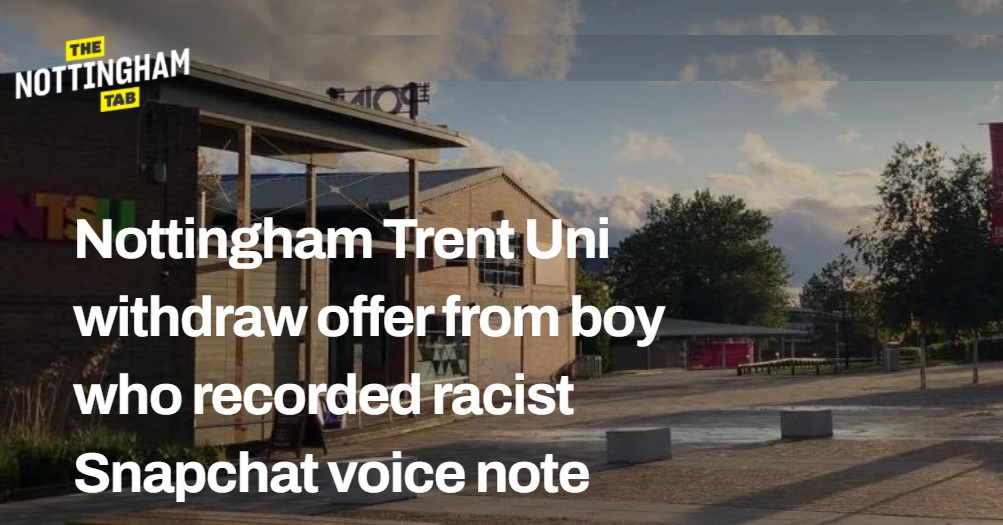 NOTTINGHAM July 16: Nottingham Trent University (NTU) said it does not tolerate racism and has told an incoming first year student that he has lost his place.

The voice note from a young man appeared to contain racist comments about England’s football players after they lost in the final round of the Euros 2020 to Italy, according to The Tab students newspaper.

In the voice note that was originally sent on the social media platform Snapchat, a young man can be heard saying in reference to the Euros 2020 final, “f—ing dirty n—–s”.

An NTU spokesperson said: “We do not tolerate any form of discrimination, including racism. We looked into this matter immediately and as a result have withdrawn an offer to an applicant.”