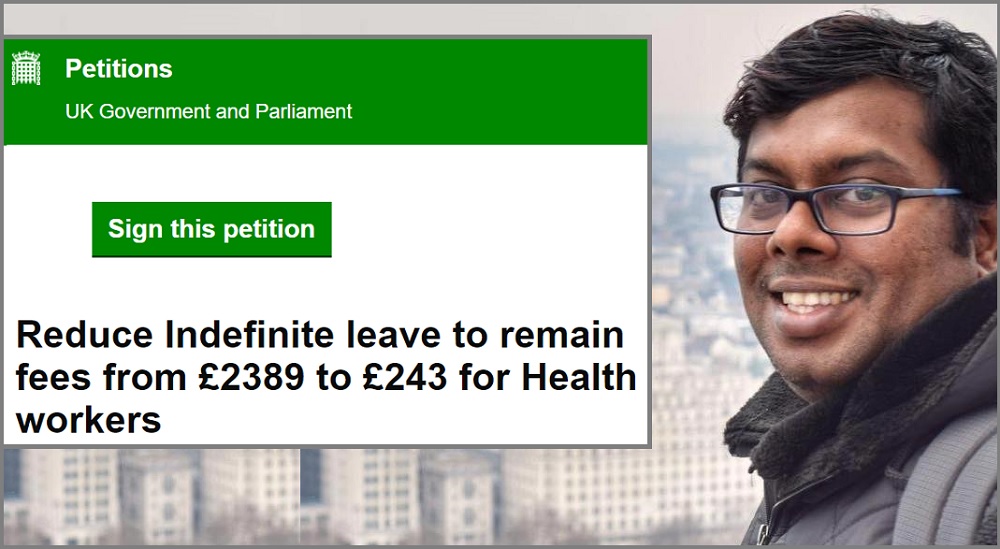 LONDON Feb 4: A Keralite nurse in the UK has started a petition on the UK government website earlier this January, asking the government to reduce the Indefinite leave to remain fees fees from £2,389 to £243 for Health workers.

Mictin Ponmala, a nurse from Luton, says he will have to pay nearly £10,000 for his wife and two children to apply for indefinite leave to remain (ILR) in the UK.

During the pandemic, Mictin worked as a scrub nurse at Luton & Dunstable Hospital and has since moved onto the private Spire Harpenden Hospital.

He asks the Government should stop making profit from foreign health workers and instead seek to retain those foreign doctors and nurses in our NHS.

When asked how he would pay the fees he said: “If I stay here I would have to take out a loan, otherwise I would have to decide to go back to my own country because it’s not worth staying here for nothing. If I want to repay that I don’t know how long it will take.”

Mictin said that not only would the cutting of these fees be beneficial for workers, but massively helpful to the NHS and healthcare sector which is struggling for staff.

“Not only is it saving us,” he said of his proposal. “It is saving the NHS and healthcare sector.”

According to the petition, the Government introduced the Health and Care Worker visa in August 2020 with a reduced visa application fee compared to that paid by other skilled workers including exemption from the immigration health surcharge, with a view to make it cheaper and easier for the best health and care professionals around the globe to work in our brilliant NHS.

But the Home Office still charge exorbitant fee for ILR. The Government should reduce the ILR fee to retain health workers in our NHS, says the note.