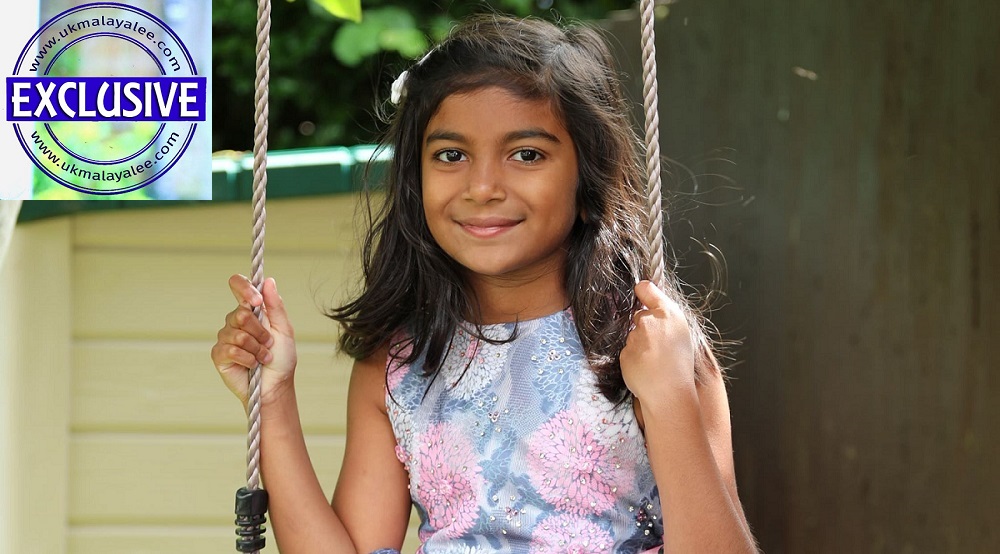 LONDON July 12: An eight year old Keralite schoolgirl from the UK has become the youngest to recite all the capitals and the corresponding currencies for all the 195 countries across the world and break the current world record in this category.

Eight-year-old Anne recited all the capitals and the corresponding currencies for all the 195 countries across the world in 7min 15 secs.

The previous record in the same category was held by a 10-year-old girl with 12 min 24 secs and with Anne’s successful attempt it makes her the youngest record holder and beating the current title by age.

The world Book of Records UK too have now reached out to Anne to award her an retrospective award in this category.

Anne is daughter of Winston Jacob and Mrs Jincy Winston settled in Cardiff in Wales. Two-year-old Jacob Winston is her sibling. 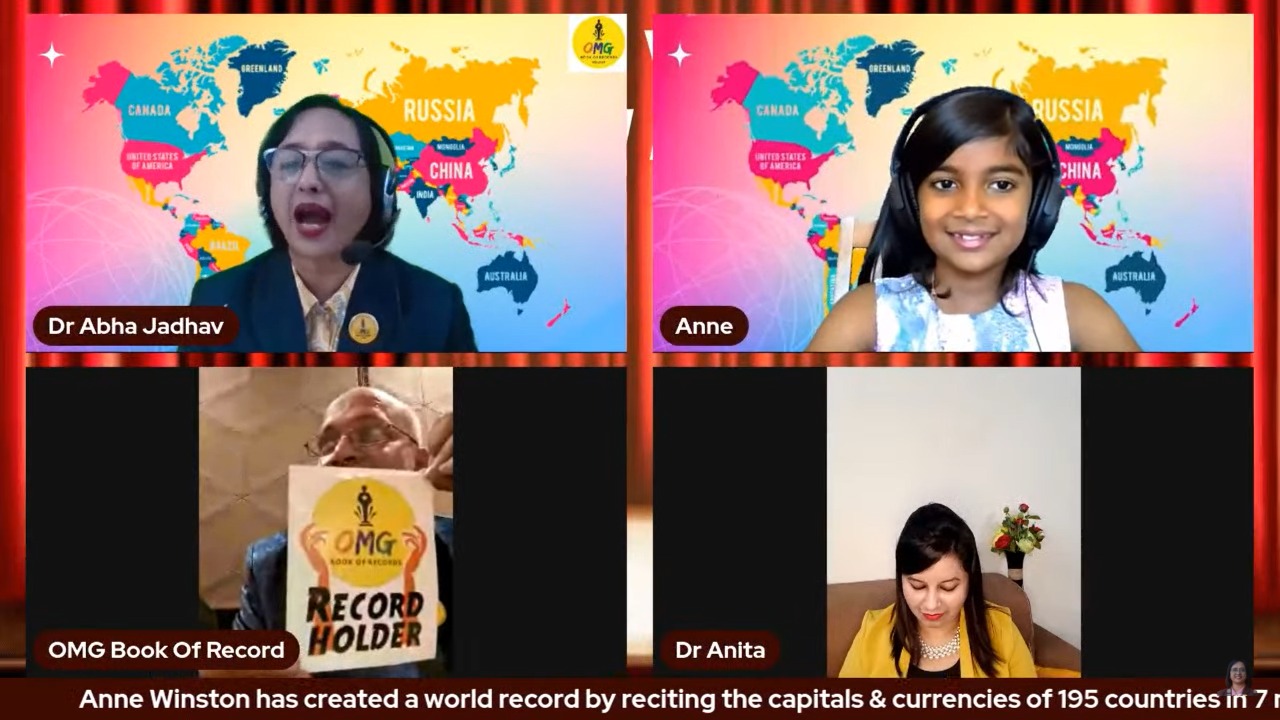 Speaking to this website an elated Winston said: “Words cannot describe our emotions and joy and we truly hope that this leads to her achieving greater heights in the future”.

On being asked how it all began, Winston said: “We picked up the unique talent in Anne when she was three-year-old. En route our nursery and school journeys I would speak to Anne about the world and its various countries and cultures and she took a keen interest in such matters. This led to me discussing countries of the world with the world. This sparked her interest to learn more about their capitals and subsequently their currencies”.

“From a very young age we noticed Anne had a talent for retaining information and all we did was further feed into that. At no point in our journey till now did we even dream of attempting a world record, let alone achieving it,” added Winston.

What makes this achievement spectacular is her entire knowledge was self-taught over a period of 4 years.

Speaking to this website Anne said: “I am really delighted to have achieved this world record which I did as a dedication to my lovely grandfather who passed away recently. I hope my attempt inspires many other children across the world and makes a positive difference. I want to thank my family, teachers, friends and all well wishers and all who have supported me throughout my journey to make this possible”

On being asked how she mastered this, Anne said: “My learning was quite casual initially on a weekly basis where I used to spend 15-20 minutes learning a new set of capitals and currencies. Towards the end, I was practising on a daily basis”

On being asked how her school staff and friends responded to her achievement Anne said: “Everyone in my school was delighted and my teacher today played my Live video attempt for my entire class. They were all wonder struck”.

In reply to which is one of the best country that has fascinated and would love to visit Anne said: ” Definitely China. It’s a country with such a long history, one of the famous 7 wonders in the world, different cultures and languages in one country and also most things are made in China”.

Anne is not just a bright spark in academics but in sport too. She is currently the under 11 badminton champion having won a number of tournaments and was recently scouted to trial for the Welsh team. She equally participates in kungfu, cycling, and swimming as well as playing with her friends.

The family, originally from Muvattupuzha, have been in the UK since 2006 after migrating from Dubai where the family have been settled for most of their life.

Back in Kerala the family are from North Marady, Muvattupuzha.