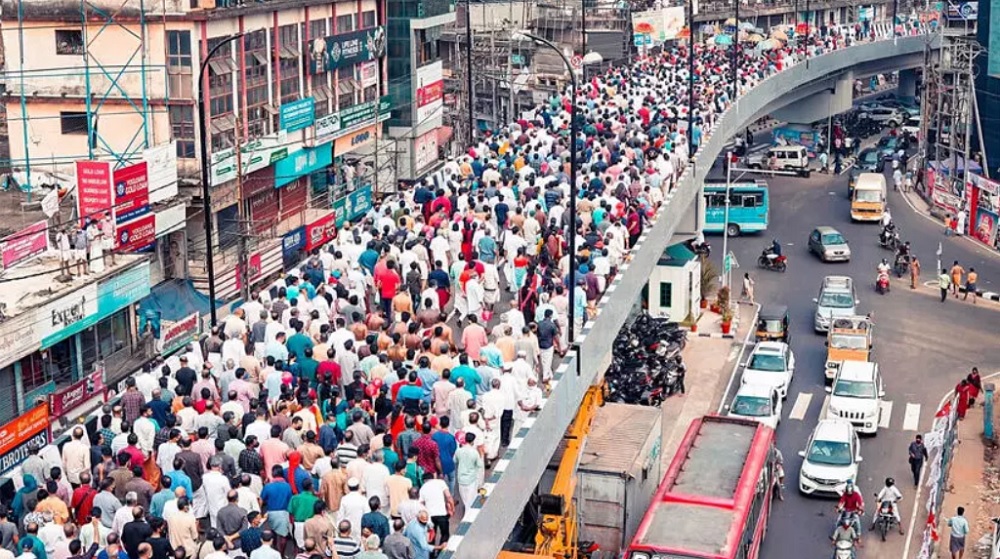 LONDON Jan 10: The Keralite diaspora around the world protested through social media against Kerala government’s decision to make seven-day home quarantine compulsory for all international passengers arriving in the state.

The decision to make seven-day home quarantine mandatory for all international travelers was taken considering the fact that a major chunk of Omicron cases reported in Kerala had traveled from countries reckoned as low-risk. 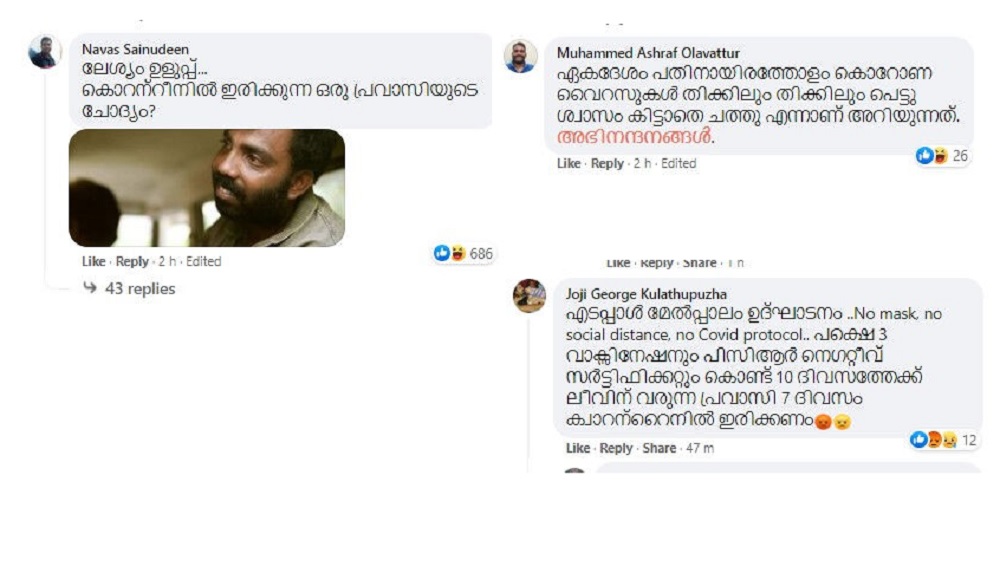 Health minister Veena George said that of the 280 Omicron cases reported so far in Kerala, 186 of the infected came from low-risk countries, whereas 64 had traveled from high-risk countries. Besides, 30 others got infected through contact.

She said all passengers from high-risk countries would have to undergo RT-PCR test on their arrival at the airports. Even if the test reports come negative, they would still have to go for strict home quarantine for seven days and subsequently again undergo RT-PCR test on the eighth day. Besides, the samples of those testing positive for Covid-19 at the airports, samples of 20 per cent of passengers from low-risk countries would be sent for genome sequencing, she said.

Malayalee associations in the US, UK and Gulf countries have protested against the Kerala government, Madhyamam and Malayala Manorama reported.

The diaspora ridiculed the crowd of thousands who attended without any social distancing for the inauguration of the Edappal Bridge in Kerala.

Social media is filled with ridicule stating that Omikron won’t board a plane or a bridge. the diaspora also ridiculed the posts of ministers and MLAs who shared picture of the bridge inauguration on Facebook. The diaspora questioned the government for organizing such programmes at a time when they are putting restrictions on expatriates returning to Kerala.